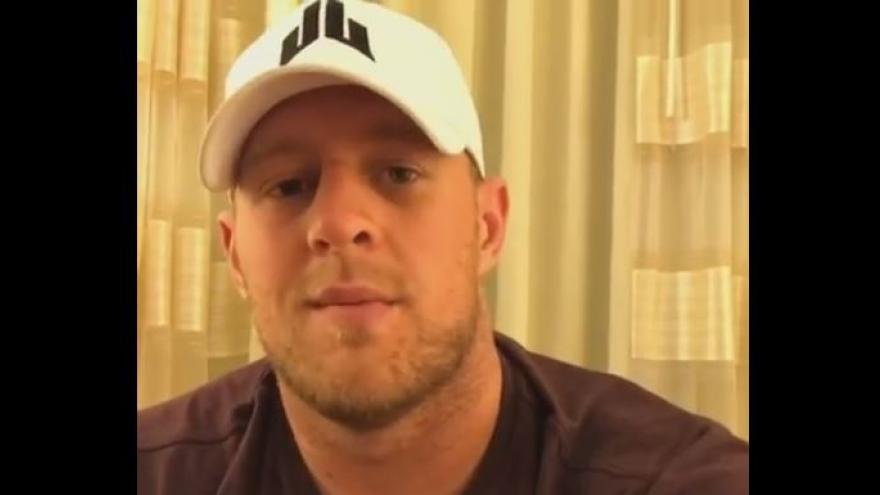 The YouCaring page can be found here.

HOUSTON (CBS 58) -- Pewaukee native JJ Watt posted a video on Sunday saying how difficult it is to watch the devastation in Houston. Houston Texans players had to go to Dallas in order to avoid Harvey and practice.