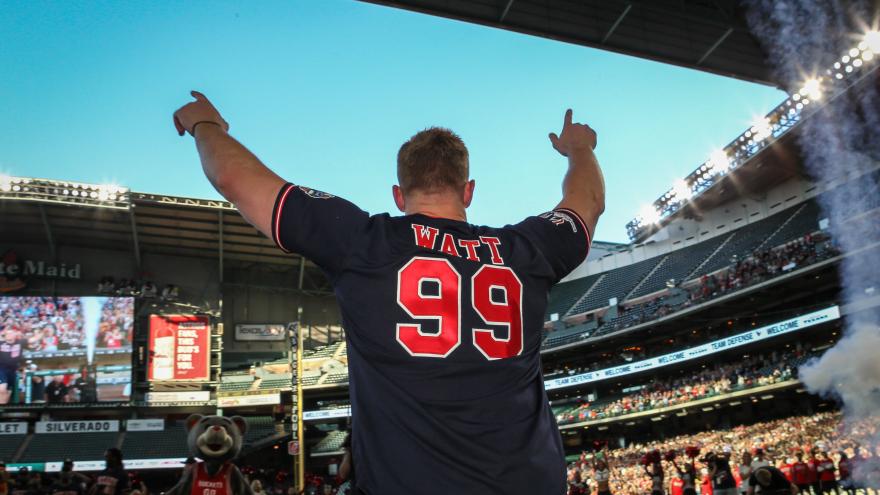 The JJ Watt Foundation Charity Classic and home-run derby will be played in Houston on Saturday, May 4, 2019.

He and his teammates will play softball to benefit middle school athletic programs around the country.

“Last year was incredibly difficult for myself and my community, but it was truly inspiring to see how everyone came together to support one another,” said Watt. “I’m excited to bring back the Charity Classic this year and to see us come together once again to help athletes in middle schools across the country.”

After Hurricane Harvey devastated the Gulf Coast in 2017, Watt and the foundation focused efforts on helping those impacted in Houston and the surrounding communities. With help from people across the world, 16 countries to be exact, the foundation raised $41.6 million for relief efforts. In 2017 and 2018, the foundation focused on distributing the funds to seven non-profits that are currently helping to rebuild the community together.