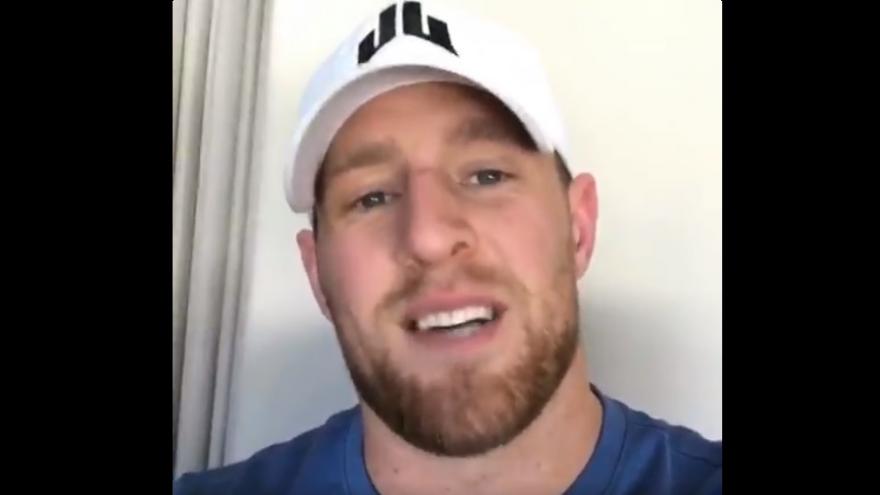 Congratulations to @JJWatt! The 2017 Walter Payton NFL Man of the Year, presented by @Nationwide! #WPMOY pic.twitter.com/O9LvPuN2xZ

(CBS 58) – Pewaukee Native J.J. Watt is one of three finalists for the NFL’s Man of the Year.

This past fall, Watt helped raise more than $37 million for Hurricane Harvey victims in Houston. While speaking at the Man of the Year fan forum on Friday, Watt says it’s not about the work he did, but how everyone came together to help a struggling city.

The award will be announced during the NFL Honors Saturday night.