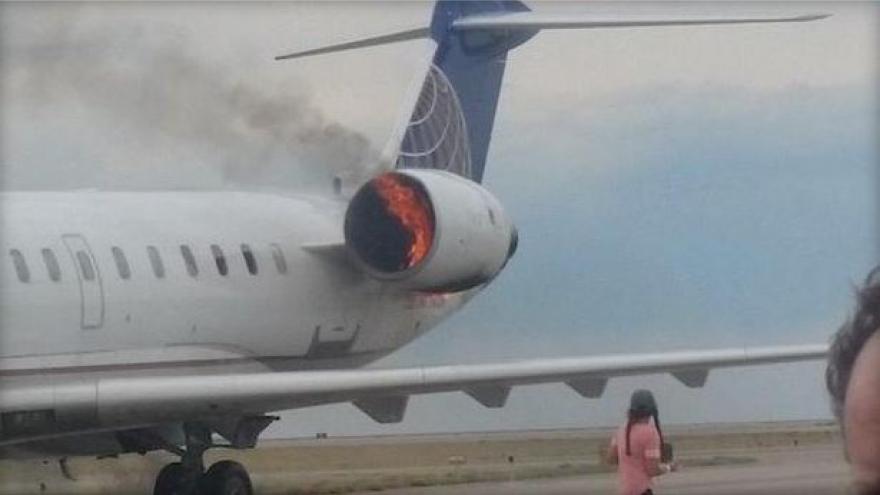 (CBSNews) - The engine of a regional jet caught fire shortly on a taxiway after landing at Denver International Airport on Sunday afternoon.

In a statement to CBS News, SkyWest Airlines said: "After landing safely at Denver, SkyWest flight 5869, a CRJ700 operating as United Express from Aspen to Denver, experienced engine issues."

"All 59 passengers safely deplaned the aircraft and were transported to the terminal," the statement said.

The Denver Fire Department immediately arrived to the scene and extinguished the fire, CBS Denver reports.

"All runways are now open as investigation into SkyWest fire continues. Other airport operations remain unaffected," the airport said on Twitter.