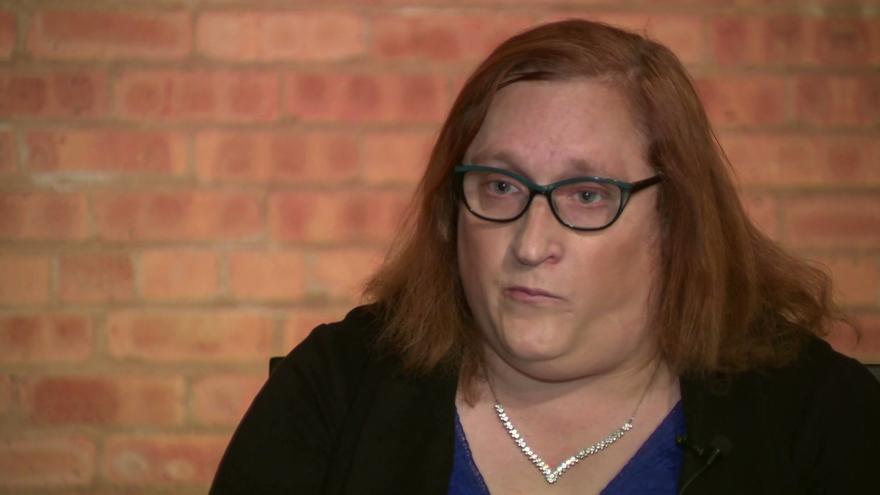 WISCONSIN (CBS 58) -- Today is day one of Pride Month, and history could be made this summer. Voters in State Senate District 5 will be asked to send their first open-out transgender candidate to the general election.

Two candidates face off in the Democratic Primary for State Senate District 5. Jessica Katzenmeyer is pressing forward, believing it is time that all people have representation.

Jessica Katzenmeyer almost died from a staph infection in her lungs without insurance. That week in the hospital would've cost her $80,000.

"It was really hard and that is what's really motivating me to run for office because I want to fight for people. I want to help and serve people," she said.

Three years later, she is belting out campaign promises.

"I love the excitement here in this room," said Katzenmeyer.

And hoping to make history, becoming the first openly transgender Senator in the 5th District.

"And we need people who are really down to earth that are elected like that, who understand the struggle," said Katzenmeyer.

The West Allis resident has been in the Milwaukee area for 25 years. She believes the LQBTQ community needs more representation.

"Our rights that are being attacked are things like what bathroom can I use, which is so ridiculous because we all have to use the bathroom," she said.

If her name sounds familiar, it is. Katzenmeyer ran against Joe Sanfelippo in State Assembly District 15 in 2020.

"The polls were showing that we were within six points of an eight year incumbent republican. As an out trans woman, and that’s something I'm very proud about and I got named by three LGBTQ national magazines as a candidate to watch that year," said Katzenmeyer.

Until March of this year, Katzenmeyer, was running for Congressional District 5 until re-districting drew her home back outside the map. Then, State Senator Dale Kooyenga retired, and it felt like the right fit.

Katzenmeyer says being open about being a trans politician has brought challenges along with it.

"There's people out there having conversations about me and whether it's good, whether it's bad, people are still talking about it, and that shows to other people in our community that hey you know what, I can do it, you can do it too. And I would love to see more people in the LGBTQ community step up and run for office," said Katzenmeyer.

Two notes from her campaign -- a desire for Wisconsin to legalize marijuana and to see more whistleblower protection.

"Many times companies will force employees to sign an NDA to silence them to make sure that they don't talk about it and basically take the issue and put it under the rug," said Katzenmeyer.