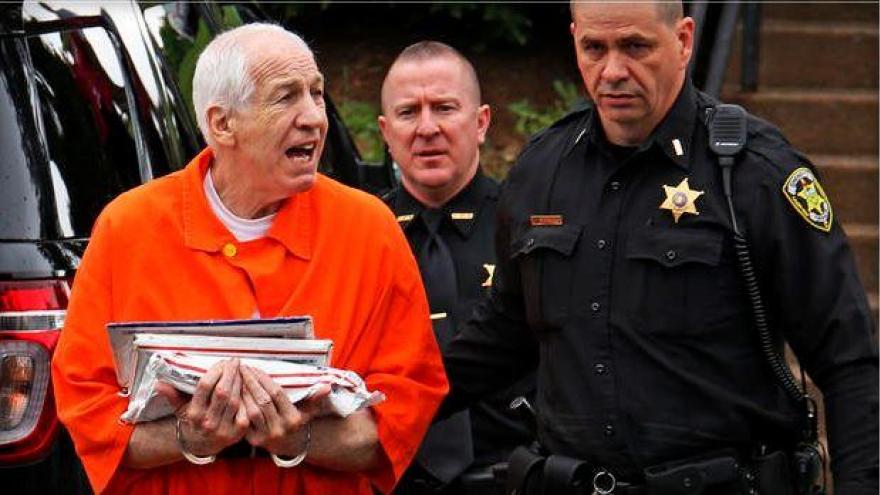 Jeffrey Sandusky was arraigned on charges Monday afternoon in Bellefonte, Pa., the station reports. His father Jerry Sandusky, a former Penn State football coach, was convicted in 2012 on multiple counts of child sex abuse and sentenced to at least 30 years in prison.

State police began investigating  the younger Sandusky in November 2016 after a child claimed to have received text messages from him, including some that asked for naked photographs, WTAJ reports. State police tell the station Jeffrey Sandusky was dating the child’s mother and had lived in their home for about five years.

The explicit text messages where shared with the child’s father, who then notified police. According to a criminal complaint obtained by the station, a second child was also allegedly abused dating back to 2013.

The station reports that after the allegations came to light, Sandusky was asked to leave the home.

Monday afternoon, bail was set at $200,000. Jeffrey Sandusky is reportedly prohibited from any contact with minors.