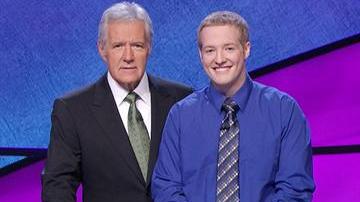 TOWN OF GENEVA, WI-- An Illinois man who had a recent winning streak on the show Jeopardy is now facing jail time in Wisconsin.

28-year-old Jerome Slowik from Arlington Heights, IL became known for being a champ on Jeopardy last December. He won five days in a row, winning more than $120,000. A few months later, Slowik was arrested in the Town of Geneva in Walworth County.

\"On march 21, at approximately 7:35 p.m., we got a call about a suspicious vehicle on woodlane road,\"said Town of Geneva Chief of Police Steven Hurley.

Slowik was in the vehicle with a 15-year-old girl from Racine County, according to police. \"They were both in the backseat, both had their tops of,\" said Chief Hurley.

Reports show the two had gone from the Showboat Movie Theater in Lake Geneva, to a rural road in the Town of Geneva. Police say that's where Slowik kissed the girl and touched her innapropriately.

\"It appears from the interviews that they met a week earlier... he was working as a security guard at an Arlington Heights mall and they met there, then made arrangements to meet in Lake Geneva,\" said Chief Hurley.

Slowik was charged with Second Degree Sexual Assault of a child and if convicted, he could face up to 40 years in prison.

Slowik pleaded not guilty to the charges and a trial is scheduled for October.