Jennifer Lawrence: I'm over being 'likable' 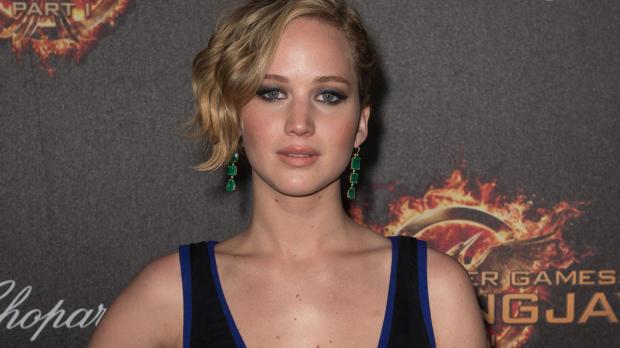 Watch out, Hollywood: It's no more Miss Nice Jennifer Lawrence.

The Oscar-winning star, 25, sounded off about being paid less than her male co-stars on "American Hustle" and said that it's time for her to stop being "adorable" when it comes to negotiating.

"I don't think I've ever worked for a man in charge who spent time contemplating what angle he should use to have his voice heard," she wrote in an essay for Lenny, the newsletter founded by Lena Dunham and producer-writer Jenni Konner. "It's just heard."

Last year, the Sony hack revealed that Lawrence, who won an Academy Award for her performance in "Silver Linings Playbook" and who became a huge star thanks to the "Hunger Games" and "X-Men" movies, had gotten less post-release compensation than her "Hustle" co-stars Bradley Cooper, Jeremy Renner and Christian Bale.

She doesn't blame them but wonders whether there's a double standard at work when it comes to images of aggressive men and women.

"Jeremy Renner, Christian Bale, and Bradley Cooper all fought and succeeded in negotiating powerful deals for themselves. If anything, I'm sure they were commended for being fierce and tactical, while I was busy worrying about coming across as a brat and not getting my fair share," she writes.

She acknowledges that she has sometimes been too focused on being nice when it comes to the bottom line of the movie business.

"When the Sony hack happened and I found out how much less I was being paid than the lucky people with d**ks, I didn't get mad at Sony. I got mad at myself," she writes. "I failed as a negotiator because I gave up early. I didn't want to keep fighting over millions of dollars that, frankly, due to two franchises, I don't need."

Even when she has been firmer, she's noticed that, as a woman, she's looked at differently. In one case she mentioned, "blunt" talk with a colleague led to him addressing her "as if I was yelling at him."

Still, she writes, it's time to lean in -- harder.

"I'm over trying to find the 'adorable' way to state my opinion and still be likable!" she says. "F**k that."

Lawrence has reteamed with Cooper and "Hustle" director David O. Russell for "Joy," due for release December 25. The final "Hunger Games" movie, "The Hunger Games: Mockingjay - Part 2," comes out November 20.