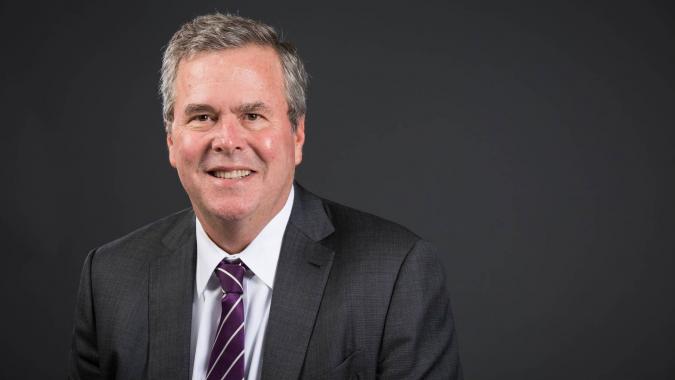 (CNN) -- Former Florida Gov. Jeb Bush has decided to \"actively explore\" a presidential bid after conversations with his family over Thanksgiving, he said in a Facebook post Tuesday.

While Bush had been making steps toward a presidential bid with recent speeches in early primary states and plans to release documents from his time period as governor, the timing of Tuesday's announcement was widely unexpected and will quicken the pace for some would-be Republican primary challengers.

In the post, Bush writes that over the holiday he \"talked about the future of the nation\" with his family.

\"As a result of these conversations and thoughtful consideration of the kind of strong leadership I think America needs, I have decided to actively explore the possibility of running for President of the United States,\" he said.

Bush has been moving toward a run for months and in recent days sparked renewed speculation over his plans with a visit to the all-important early primary state of South Carolina to give a commencement speech Monday, and his comments in a Sunday interview that he felt he \"would be a good president.\"

Democrats scoffed at his announcement. Democratic National Committee spokesman Mo Elleithee suggested it was simply meant to draw press, but dismissed the possibility of a Bush run either way.

\"I don't know what the difference is between 'thinking about' running and 'actively exploring' running, but I suspect it has a lot to do with keeping his name in the news,\" Elleithee said.

\"However you see it, there's no parsing this simple fact: Jeb Bush has fully embraced the failed economic agenda that benefits only a select few at the expense of the middle class. That's not going to change no matter how many different ways he says he may run.\"

Bush's announcement is sure to speed up the timeline for many other potential Republican presidential contenders on whether to jump in as well. Bush is seen as a top pick for establishment Republicans hoping to encourage the party to nominate a candidate they see as most electable on the national stage.

Bush added in Tuesday's post that he hopes \"to visit with many of you and have a conversation about restoring the promise of America\" in the coming months.

Bush also announced the creation of a PAC, which will aim to \"support leaders, ideas and policies that will expand opportunity and prosperity for all Americans.\" He added that the PAC would \"facilitate conversations with citizens across America to discuss the most critical challenges facing our exceptional nation.\"

On Sunday, Bush also announced plans to release about 250,000 emails from his time in office and an upcoming e-book about his time as governor, moves seen as efforts to re-introduce Americans to his governing chops in preparation to emerge as a more prominent player on the national stage.

If he does make his bid official, he'll likely face fierce opposition from conservatives in the primary, who have long been frustrated with his advocacy for Common Core educational standards and his support for a more moderate vision of immigration reform.