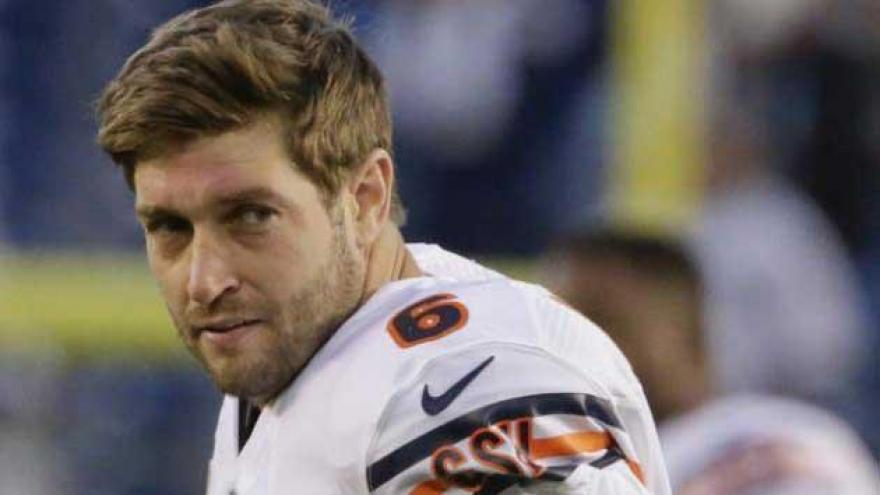 (AP) — Jay Cutler has decided to postpone retirement for the chance to be Ryan Tannehill's replacement.

Cutler agreed to terms Sunday on a contract with the Miami Dolphins, a person familiar with the situation said. The person confirmed the agreement to The Associated Press on condition of anonymity because the Dolphins weren't expected to announce the deal until Cutler signed the $10 million, one-year deal.

Cutler will compete with Matt Moore for a starting job while Tannehill remains out with a left knee injury that could sideline him for the entire season.

Dolphins coach Adam Gase was offensive coordinator for the Chicago Bears when Cutler had a career-best quarterback rating with them in 2015. Gase joined Miami in 2016, and Cutler parted with Chicago in March after eight seasons.

Cutler, 34, drew little interest in the spring as a free agent, perhaps partly because of his prickly personality and tendency for turnovers.

"I guess I know a different guy than what everybody else portrays," Gase said in May, when Cutler was hired by Fox as an analyst to work on its No. 2 NFL team.

Tannehill, who missed the final four games of last season with two sprained ligaments in his knee, reinjured it a week into training camp Thursday. The damage is similar last year's injury, a personal familiar with the diagnosis said, which has left the Dolphins consulting with specialists to determine whether surgery is the best option for Tannehill.

He's expected to be sidelined a minimum of six weeks, but the deal with Cutler signals the Dolphins anticipate Tannehill will need a lengthier recovery.

Cutler is 68-71 as a starter with a career quarterback rating of 85.7, 208 touchdown passes and 146 interceptions. Several NFL starting QBs are older, including New England's Tom Brady, who just turned 40.

Moore turns 33 next week and has 28 starts in 10 seasons. Last year he helped the Dolphins clinch their first postseason berth since 2008, going 2-1 as a starter to end the regular season before a first-round playoff loss at Pittsburgh.

The Dolphins decided not to pursue Colin Kaepernick, who parted ways with the San Francisco 49ers in March and remains unsigned. Kaepernick knelt during the national anthem at games last season to protest police brutality, and there has been speculation he's unemployed because of his politics.