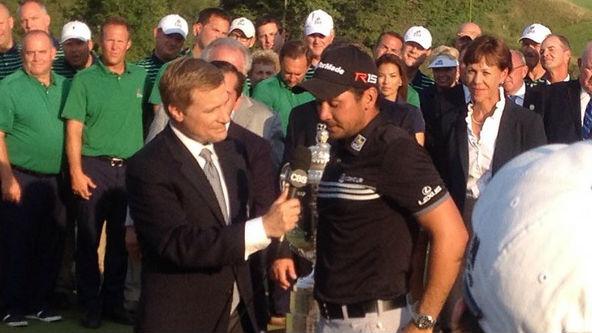 (CBS Sports) Jason Day won his first career major title in what was an absolutely unbelievable performance at the 2015 PGA Championship. Day became the first player in history to finish 20 under, breaking the record set by Tiger Woods in 2000 at the British Open (-19).

Day is now the 11th Australian golfer to win a major championship and the first since Adam Scott at the Masters in 2013. He is just the fifth-ever Australian to win the PGA Championship.

Day had no problems taming Whistling Straits and shot rounds in the 60s all four days, culminating in a final round 67.

Day previously had six top-five finishes at majors in his career, including a heartbreaking performance at this year's British Open. Now, thanks to his incredible performance this week, he can put all of the close calls and disappointing finishes behind him and know that he is the 2015 PGA Championship winner.