We are three weeks into the month of January and so far it's been a very mild start. The past few days have been a little colder but out of 20 full days, 17 have been above-average on temps. The month is currently running almost 8° above-average which would put it as one of the top 10 warmest January's on record. 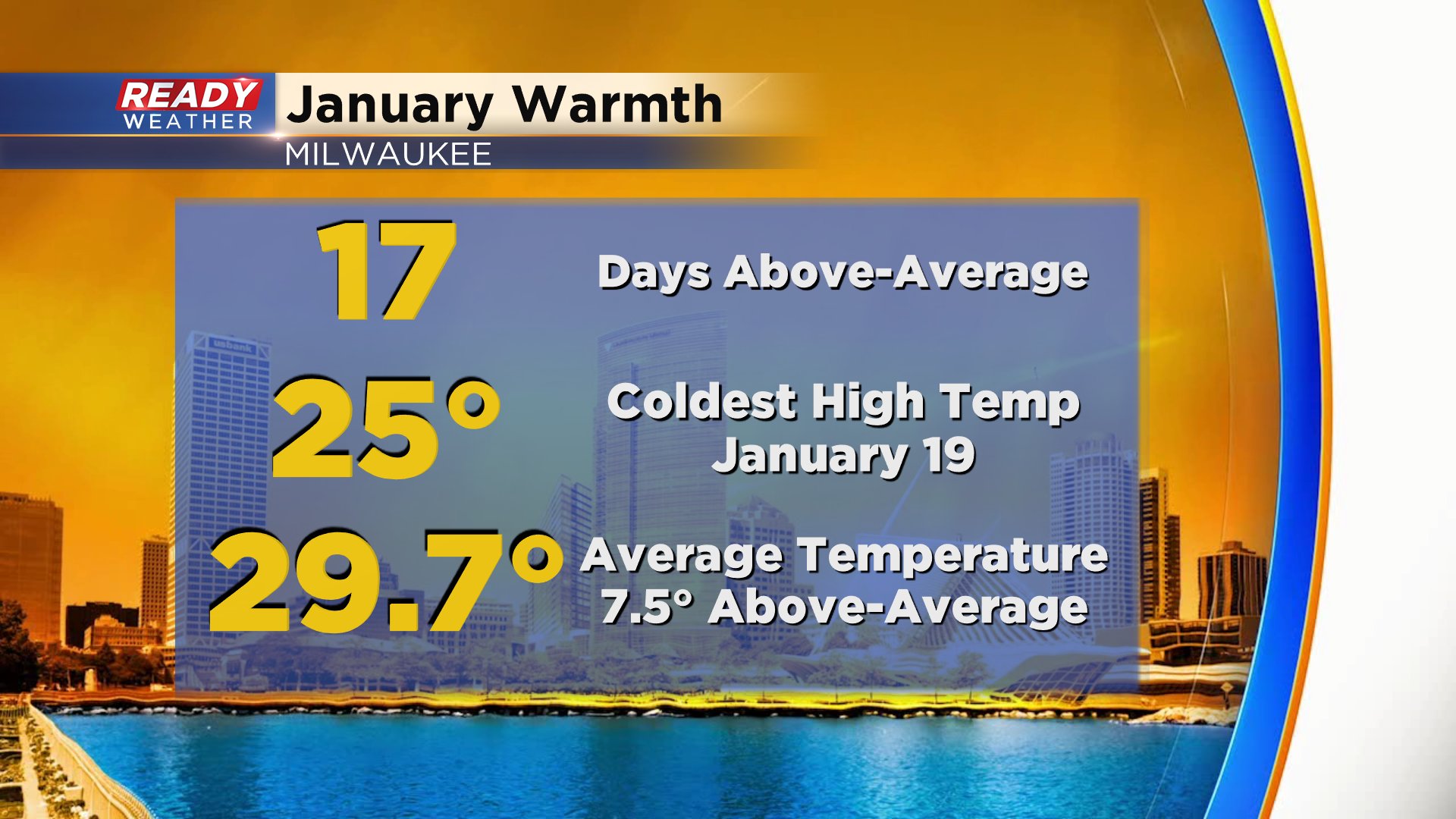 January of 2019 started similar to 2020 with mild air and little snow for the first half of the month. Then the snow started to fall and things were much different. Through the 17th of January 2019 we only had 0.2" of snow but after that we picked up an additional 20". 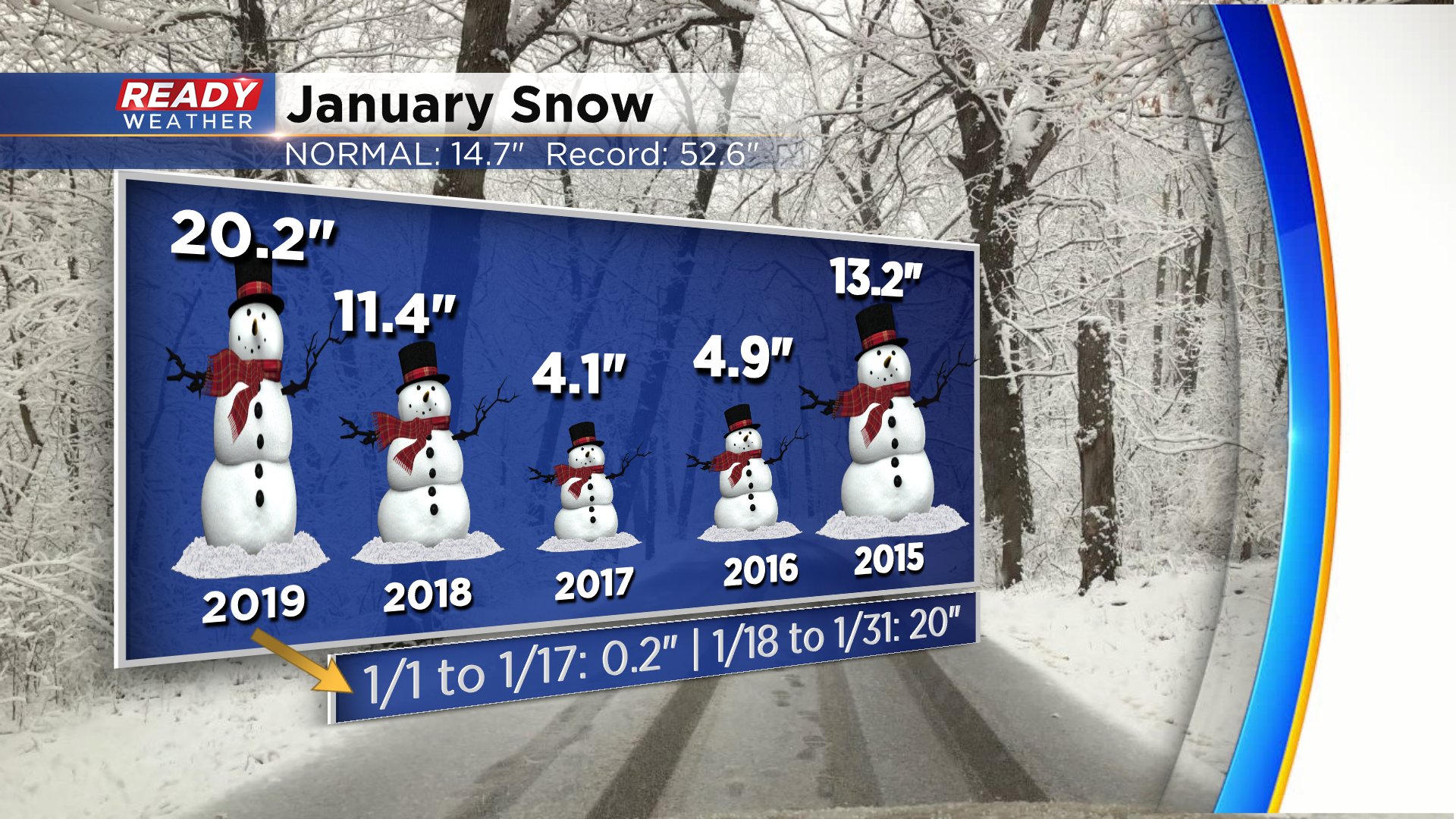 As soon as the snow started falling in January 2019 the temperatures started falling. The rest of the month was all below-average with three back-to-back-to-back big snows. Everyone remembers the record cold of the 30th and 31st where wind chills were in the 40s below-zero. 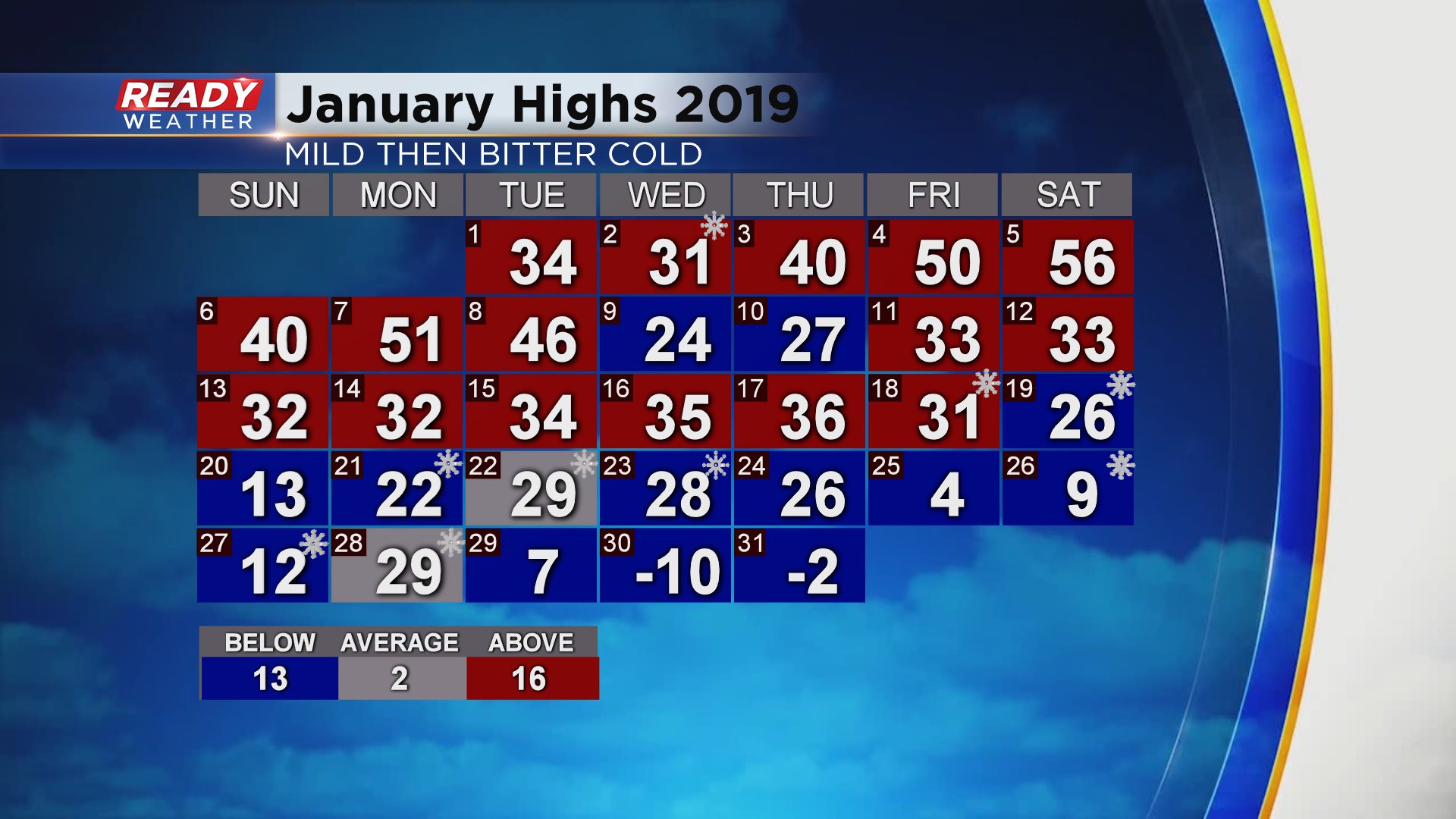 But, history does not always repeat itself. Despite seeing our first significant snow of January 2020 on almost the identical date we did in 2019, our mild stretch of weather looks to continue.

Milwaukee likely gets back to average Tuesday with a high around 30° and then it's even warmer for the end of the week into the weekend with upper 30s for highs. 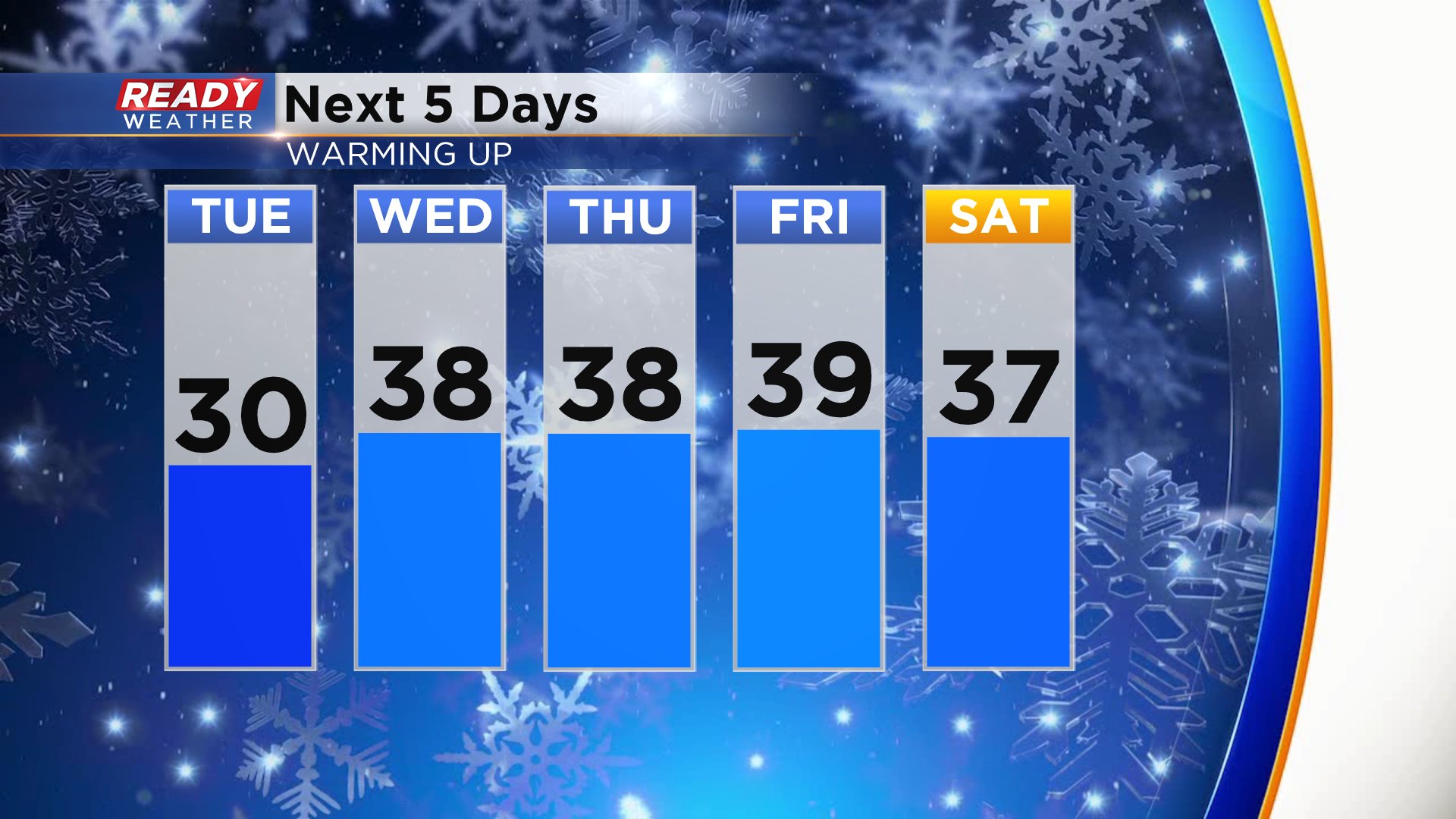 The 10-day doesn't show any sign of the mild air slowing down and the temperature trend for the last few days of January and first days of February calls for a 60-70% chance for above-average temps. 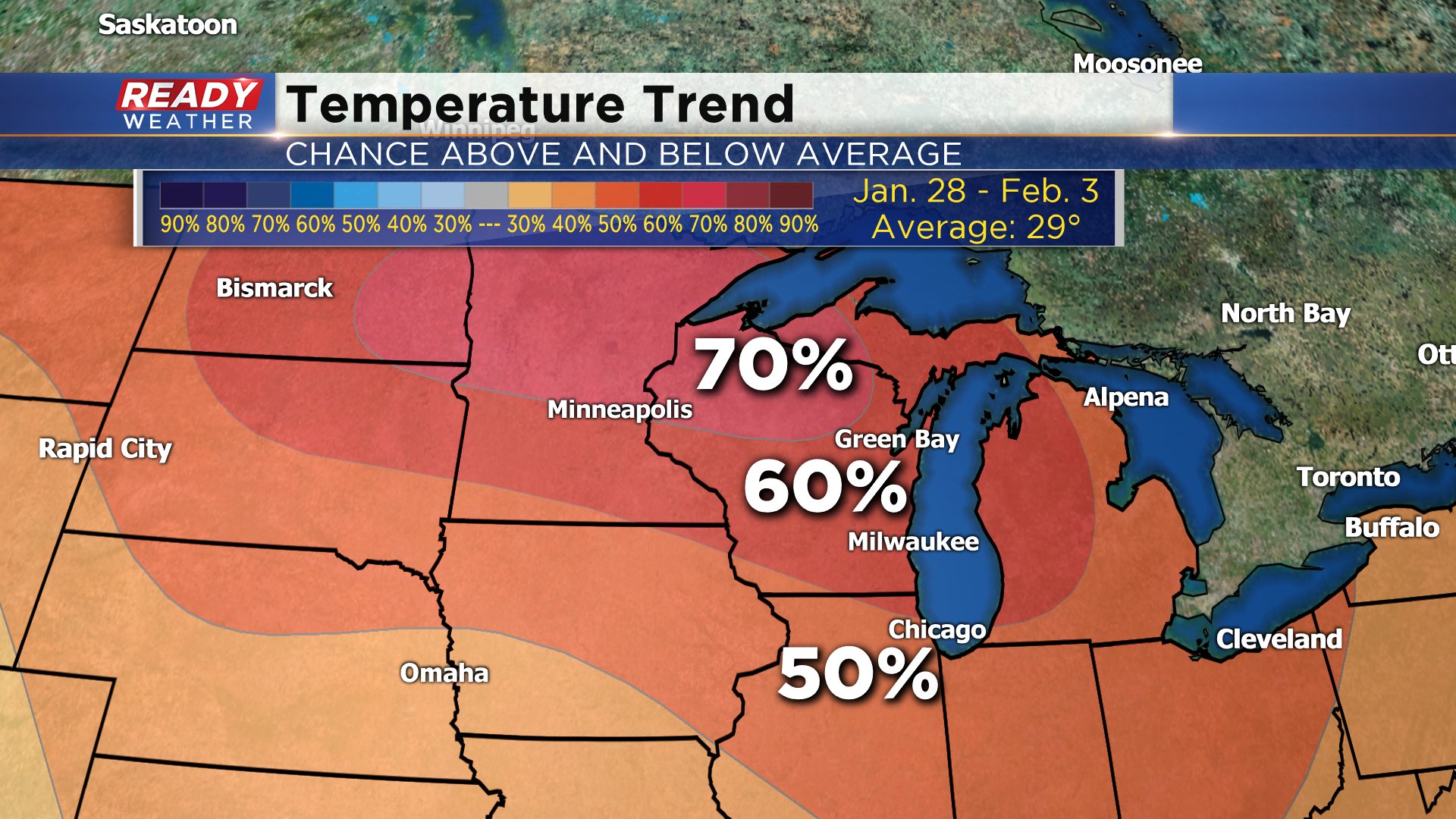 The coldest high temperature of the season came in November when we hit 19° on November 12. Since then, the coldest high has been 21° on December 11 and 25° on January 19. If the forecast holds true, there will not be a high in the teens or colder for all of December and January. That's only happened one other time in Milwaukee's record books: December 1982 - January 1983. 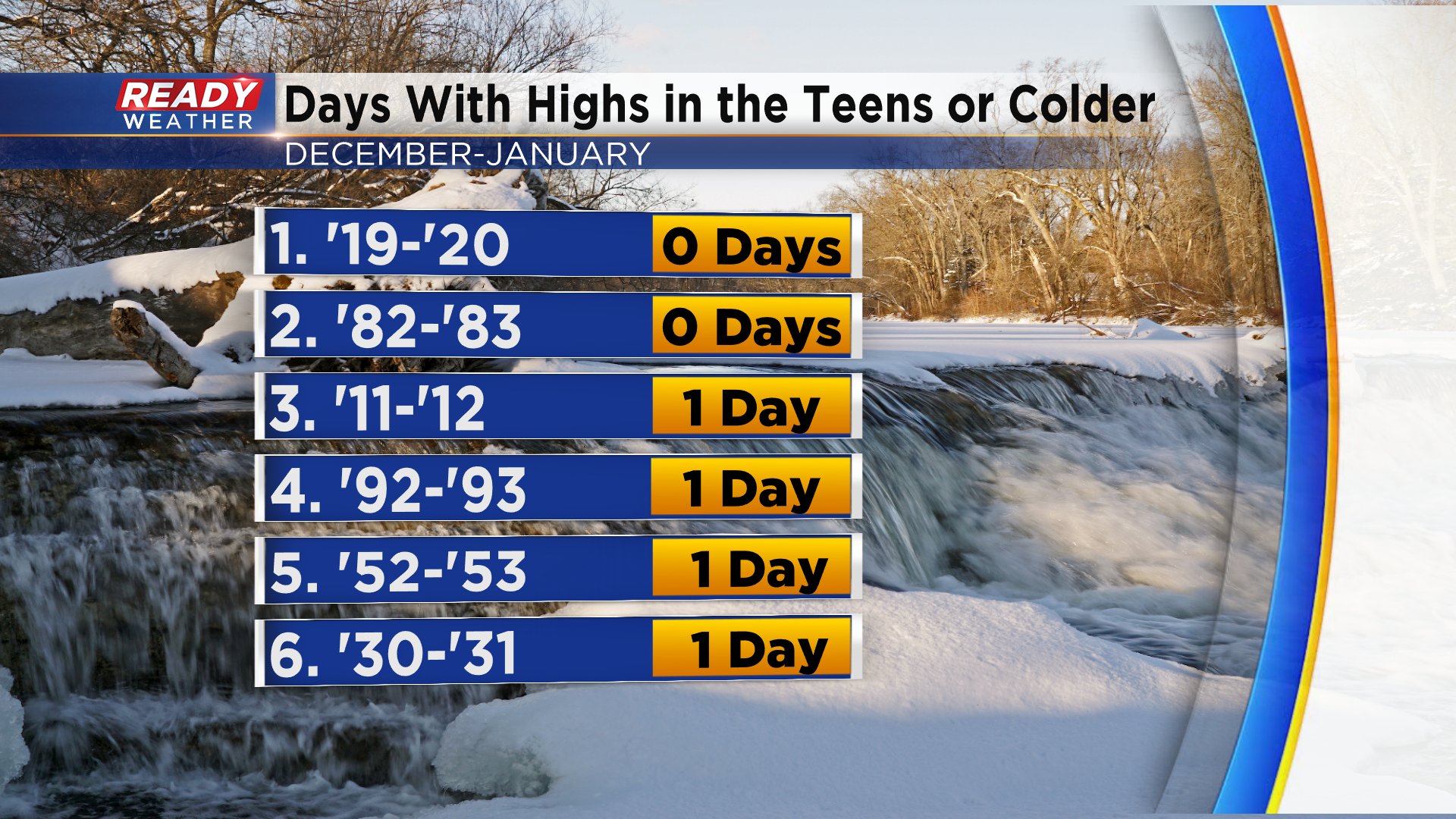 Download the CBS 58 Ready Weather app to keep checking the 10-day to see if there are any signs of colder weather returning.