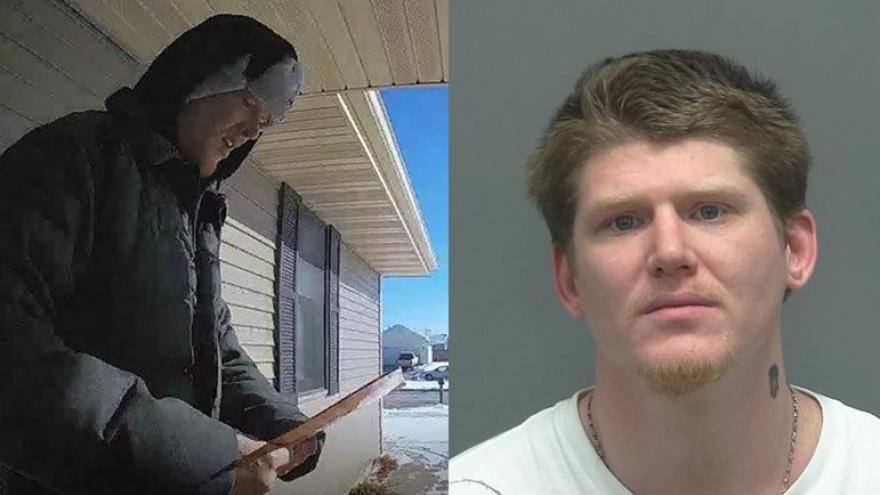 JANESVILLE, Wis. (CBS 58) – A suspected “porch pirate” is in police custody thanks to a homeowners doorbell camera.

Officers say a package was stolen from the porch of a home on Janesville’s northeast side on January 16. When the homeowner realized the delivered package was missing, he checked the doorbell camera and found video of the suspect taking the package.

Photos of the suspect, later identified as 32-year-old Jamie Boudreau, were given to officers and police say they found him wearing the same clothing three days later.

Boudreau was arrested and is facing charges of theft, criminal trespassing, and a probation violation.

Police say the incident serves as a reminder to be vigilant when having packages delivered to homes. Some options are:

1. Lock boxes: You can build or purchase a rugged lock box for your porch. Nearly every delivery service has a “special instructions” section during online checkout. Delivery personnel can then key in the combination and deliver your package to a secure box. To add even more security, change the combination frequently or when you feel you've given it out too many times.

2. Timely Package Collection: Pick up your package as soon as it's delivered or have a neighbor collect it. UPS, FedEx and the USPS all have tracking services. This allows you to monitor the progress of a shipment very closely by tracking it online and even by receiving email or text alerts.

3. Security Cameras/ Doorbell Cameras: A tried and true deterrent for all manner of criminal behavior. Thieves are very aware of cameras and often look for them before attempting a theft. Also, if you do ever have a package stolen, you have video evidence to pass along to police and online stores. Most have apps that can be installed right to your phone to notify if someone is at your door.

4. Security Signs: If all of the previous options seem too expensive or too much hassle consider posting a sign in your yard informing the would-be Porch Pirate that your home is under video surveillance or has security alarms.

5. Change Delivery Locations: Instead of having packages delivered at home, select an alternate place of delivery such as your place of employment or a relative’s residence who will be home.