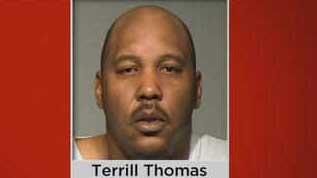 The death of the Potawatomi Casino shooter has been ruled a homicide.

The cause of death is: Dehydration with other significant conditions: bipolar disorder, manic type.

The classification of Homicide for the purpose of death certification is a "neutral" term and neither indicates nor implies criminal intent, which remains a determination within the province of legal processes.

Thomas' cousin, Tiffany Robertson, said, "We lost one of our core members to this incident. Our family is devastated, we are heartbroken. So what can we do to prevent another family from having an incident like this? That's our only goal."