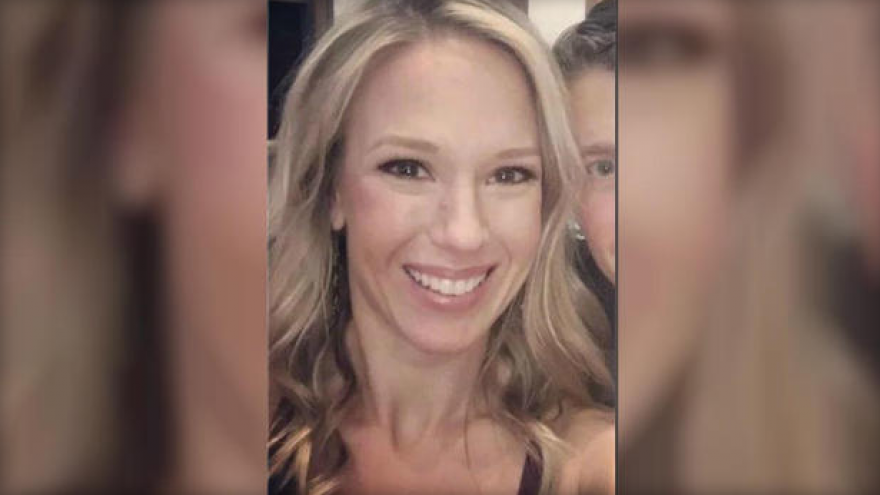 Jacqueline Watts, 33, of Indianapolis was reported missing when when she didn’t come home Friday night. WTTV reports that her car was found -- with the flashers on and her cellphone and purse inside -- but she couldn’t be located.

WTTV reports Watts was last seen dropping off her dogs and a rabbit with family on Friday. Watts was planning to fly to Washington, D.C., with her husband, according to family members.

Police, K-9 officers and detectives spent hours on the scene searching the area around where Watts’ car was found. Crews found her body around 8:30 a.m. Saturday on a sandbar in Columbus’ Flatrock River. Police have said they do not suspect foul play, but they have not released the woman’s cause of death.

Monday, Columbus police said a witness told them they had seen a woman matching Watt’s description on Friday afternoon, chasing a small white dog near the river. Authorities came across a social media post announcing a search for a lost dog named Ringo that matched the description. The post asked for help fining the 10-year-old poodle, saying the animal was “sick, has cataracts, and is almost deaf.”

Authorities on Sunday located a body of a small white dog near the river, and confirmed that it was Ringo with the animal’s owners.

“The bottom line is we lost a very special person,” Columbus Lt. Matt Harris said. “It’s my understanding that Jackie was the type of person that when there was an animal that was sick, she would take that animal in and provide hospice care.  So to hear someone making the statement that she was trying to help a lost dog and sadly appears she lost her life doing so, that doesn’t seem out of character for her.”

In a statement, the woman’s family said the her “compassion for others was evident throughout her life,” and that she worked as a teaching assistant in the Indianapolis Public Schools, an events coordinator for Indianapolis Public Schools, as Events Coordinator for Big Brothers Big Sisters of Indianapolis, as an aesthetician. She also developed a love for animals at a young age -- “to say that this was Jackie’s passion would be an understatement,” the statement read – and she volunteered with animal rescue groups and fostered dogs and rabbits.

“She cared deeply about the wellbeing of animals. If she believed she could help an animal in need, she was going to do so without hesitation,” the statement read. “We know that Jackie gave her life for what she believed in.”

The statement thanked the community for an outpouring of support amid the search.

“Oh that we would all be filled with enough passion to give our lives for what we believe in,” it read.