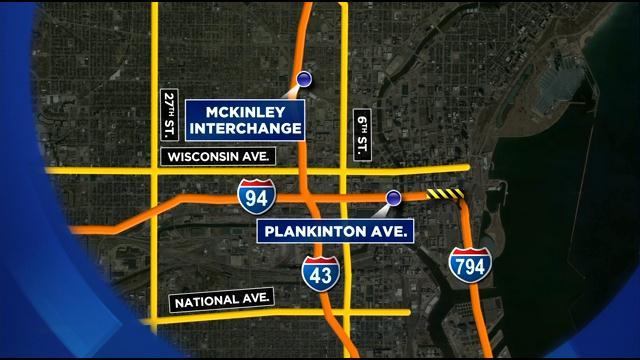 Right off the heels of the zipper merge on I-94 that has drivers in a frenzy, another construction project.

Starting late Friday evening, the exit at Jackson/Van Buren will be closed and it'll make getting into downtown a lot harder.

\"We've built over two miles of new bridge, southbound over the Hoan and east bound on 794, what we will be doing is bringing the traffic over to the new eastbound and southbound lanes.\" WIS-DOT spokesperson Ryan Luck explained.

The change will shut down the Jackson/Van Buren ramp in the process forcing drivers to find new routes into downtown.

From the north or south drivers will have to get off at Plankinton Ave or the McKinley Interchange.

If you're coming from the west, plan on getting off of I-94 sooner. You'll have to take the 13th street or James Lovell/St. Paul exit.

If you miss that exit, you're stuck going completely across the Hoan Bridge.

The changes will ultimately cause congestion at the Plankinton ramp. But on the upside, the Jackson/Van Buren \"on\" ramp will open making the drive out of downtown a breeze. Drivers are warned to get familiar with the changes before the work week next week.

CBS 58 spoke with drivers' downtown Friday evening, and they said the additional closure won't make life behind the wheel any easier.

\"It's already confusing to get to the third ward, because of the projects going on, Jackson street being closed”, said Christine Andersen. “You can see where they tore down one highway, to build one right next door, so I find it all very frustrating.\"

\"It's going to be a whole new traffic pattern that will take some adjusting, and it's not going to be cured in 10 minutes”, said Ross Lloyd.