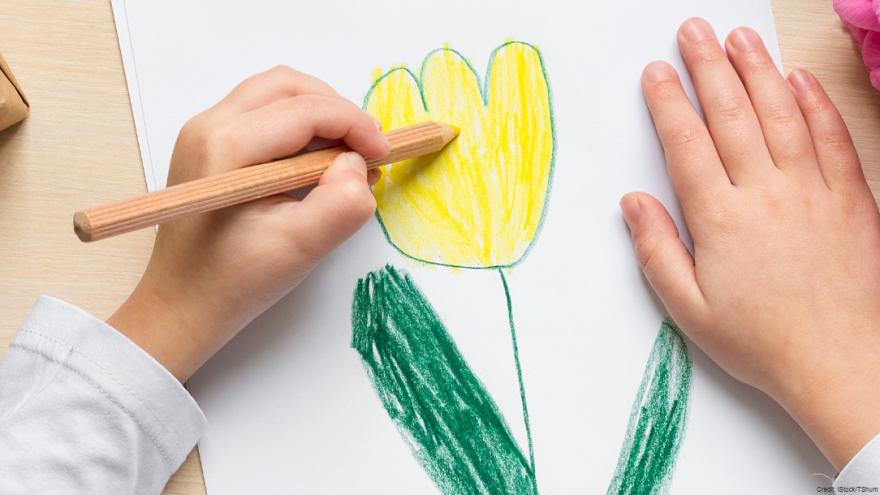 According to a Facebook post from Jackson police, staff at a nearby assisted living home said their residents are staying inside as much as possible since they are at increased risk for coronavirus, but it's been lonely.

As kids have extra time on their hands with Wisconsin schools closed indefinitely, Jackson police suggested they make letters to help brighten the residents' day.

"Let me tell you, old folks are awesome and have some of the best stories," Jackson police said in the post.

Cards can be sent to the following address:

Jackson police said they will make sure the cards get delivered to the assisted living home. 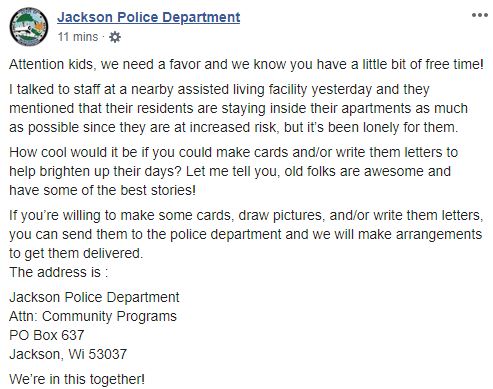