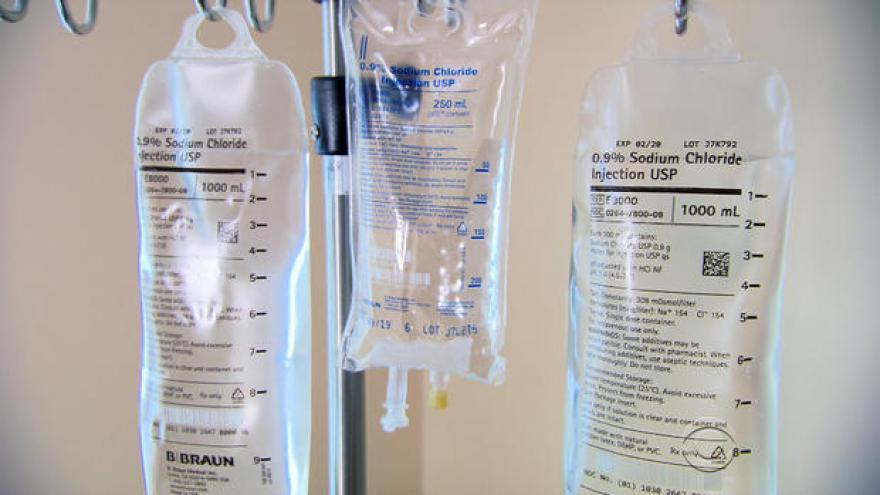 Small bags of intravenous fluid deliver life-saving medications like antibiotics and chemotherapy. Régine Villain's job at NYU Langone Health is to manage supplies -- and she's worried because the bags are in short supply.

"We have been practically hand-to-mouth, counting by the drop how much we have in-house," Villain said. "It's just really nerve-racking to think about not being able to have those bags available to the patient."

Her concern is echoed by hospitals and pharmacists around the country.

The American Hospital Association told CBS News the shortage "is quickly becoming a crisis and threat to public health."

There was already an existing shortage for several years -- made worse by facilities being damaged by hurricanes. On top of that, Villain says the three major manufacturers usually shut down for maintenance before the end of the year.

"This is the thing that keeps me up at night, because I fear that if those shutdowns go on as planned we could be experiencing unprecedented issues around IV solutions," Villain said -- which means there may be a "situation where we have run out a lot of those necessary IV fluids" like salt water and sugar, Villain said.

It's a big deal because IV fluids are "the first thing we do -- we use an IV, we hang an IV and that's how we start taking care of you."

CBS News was told that patient care has not been compromised so far, but it's unclear how long that can last, given the strain on the system.