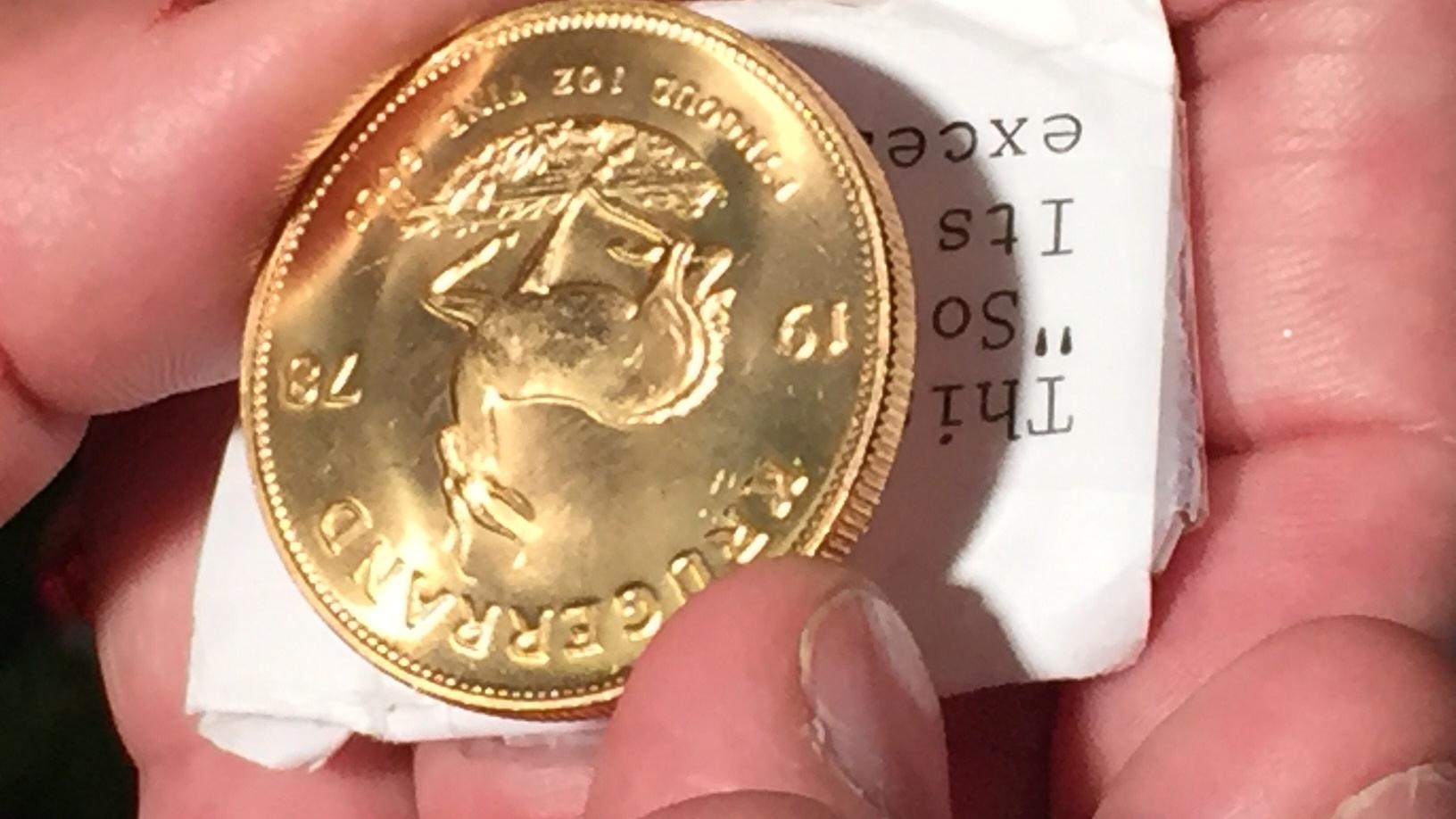 The Salvation Army of Waukesha received quite a surprise Monday, while opening a red kettle to count donations.

"It's a big surprise when we find those types of gifts," says Major Nelson De La Verge. "It's a blessing, and sometimes these blessings come in disguises."

The coin was wrapped in a white piece of paper, and dropped into a red kettle outside the Walmart in Mukwonago Saturday night. Volunteers opened up the kettle on Monday, and found the coin inside.

"It means a great deal," says De La Verge. "It really boosts morale with our bell ringers, and with us, because it means we're that much closer to our goal."

That's even more important this year, says De La Verge. The organization is about $25,000 behind where they'd typically be this time of year.

"It's exciting for us, because it means opportunities are there for us to do something special."

The obvious question, who is the generous donor?

"That's a great question because you never know," says De La Verge. "It's always dropped anonymously so we never really find out who it is."

It's not the first time the organization has seen a gold coin dropped into a kettle. It happens numerous times each year across the nation, but they never know when or where generosity will strike.

"You're always surprised when you open the kettle," says De La Verge.

Plans are in the works to auction off the South African coin, hoping to raise as much money as possible to reach their annual county-wide goal of $700,000.