"It can save a life:" Teenage cardiac arrest survivor trains others on CPR 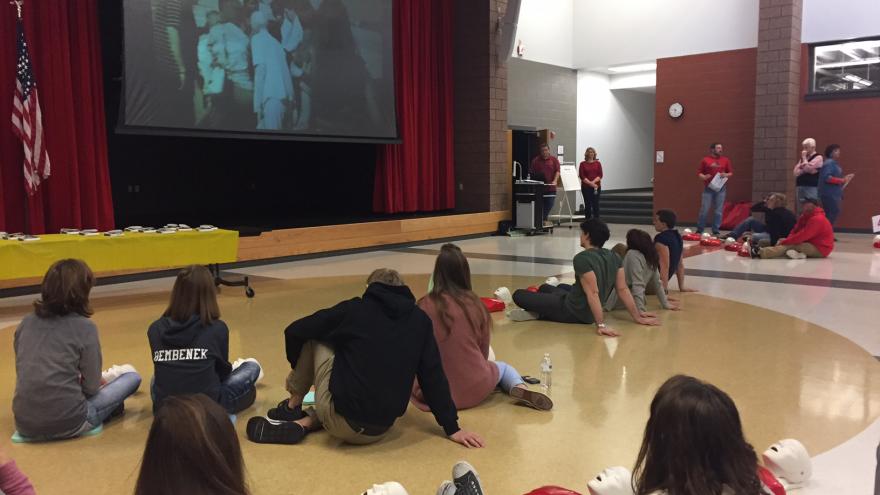 It was early afternoon, outside the daycare Belillo works at in Menomonee Falls, when her 12-year-old daughter Kylie suddenly collapsed to the ground.

"When Kylie went down, I was actually the first one to her, and I started CPR on her," she says. "Never in a million years did I think the first time was going to be on my twelve year old daughter."

Kylie was living with a silent threat, a congenital heart defect the family had no idea existed.

"She had a blood clot that passed through the hole in her heart, causing her cardiac arrest," she says.

Without her mother's CPR training, Kylie's odds of survival would have likely dropped quickly.

"For every minute that passes, a person's chances of survival decreases by 10 percent," she says.

It's a story the mother and daughter-duo have been sharing to anyone who will listen in Southeast Wisconsin.

Saturday morning, the two spoke in front of a few dozen people at a CPR training in West Bend.

The event, called Pushing to Life, was created as a way to teach hands-only CPR to people of all ages.

"It's really important to me, and I really enjoy seeing people who want to learn to save someone's life in a situation," says Kylie.

She knows without her mother's training, she might not be here today.

"It would have been a very, very small chance that I'd be here."