'It can happen anywhere': Highland Park resident reflects on his family's flee from the deadly parade shooting

NOW: ’It can happen anywhere’: Highland Park resident reflects on his family’s flee from the deadly parade shooting

HIGHLAND PARK, Ill. (CBS 58) -- As the Northern Illinois suburb continues to heal, we're hearing the stories of those who attended the Highland Park Fourth of July parade on Monday, surviving a tragic event.

What was supposed to be a celebration of our country was rocked by gunfire with another mass shooting shaking the country.

On Thursday, CBS 58 spoke with one resident who was sitting nearby the shooting and managed to flee with his wife and two daughters.

"In my mind there was no way -- gunfire didn't even cross my mind," said Adam Miller.

The high school teacher and his wife recently moved to Highland Park from Chicago, a place to continue to grow with their family.

Adam, his wife Sara, and their one and 2-year-old daughters planned to spend all day celebrating. It wasn't just the first 4th of July parade for the kids -- it was also Adam and Sara's wedding anniversary.

Instead, a day that was meant to be nothing but fun will now be attached to a horrible memory. 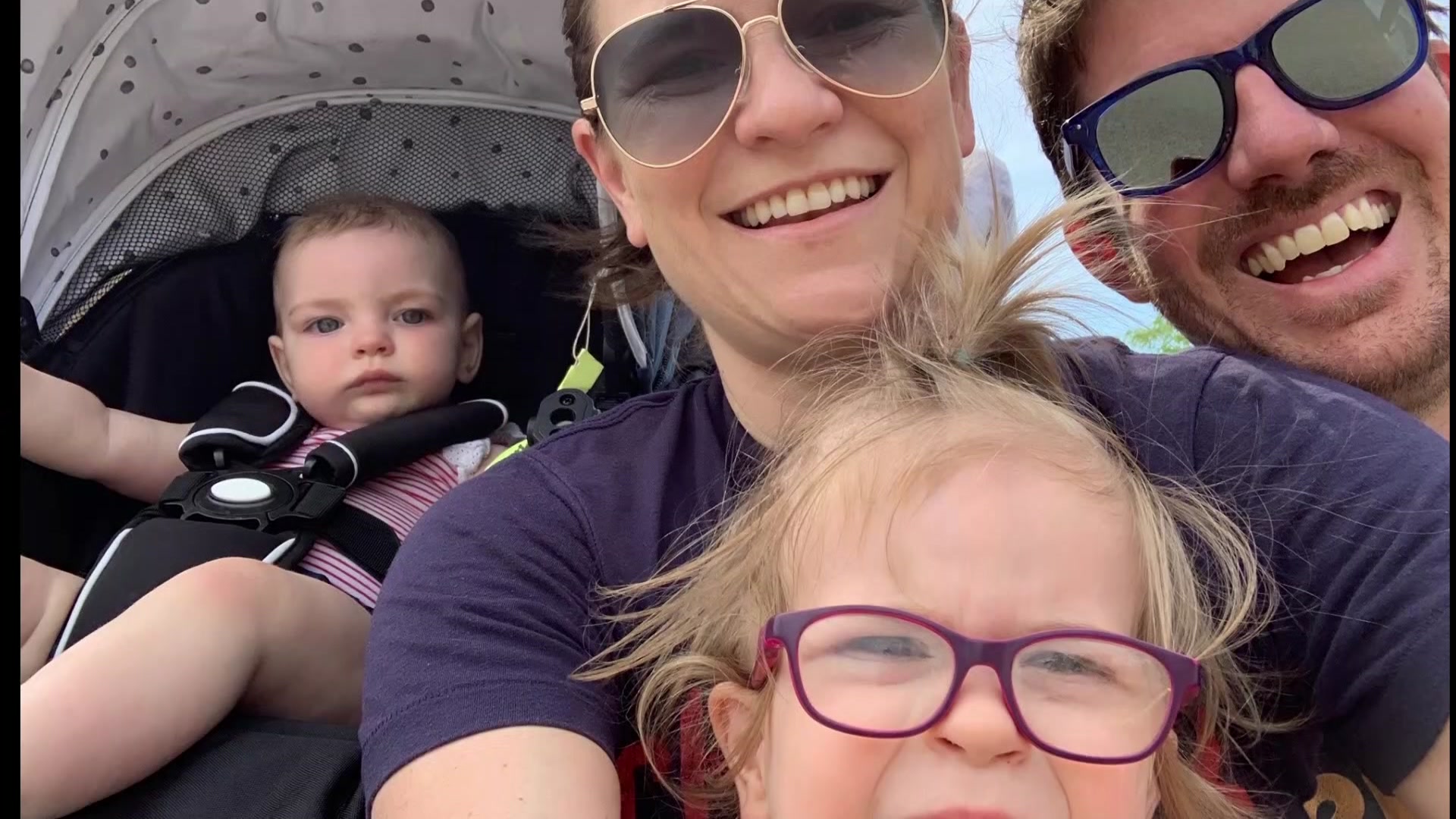 His family was watching the parade from the intersections of Second Street and Central Avenue, just across from where the gunman was perched above on a rooftop.

After they heard the pops, people just to their right started running.

"My wife turns to me and just says 'run,'" Miller said.

He picked up their 2-year-old, while his wife grabbed the 1-year-old's stroller and took off.

Adam stopped to help a woman who was out of breath when he saw the start of the police response.

"A police officer, a single police officer was running, and he asked, 'where is it coming from,' and I pointed. To see him turn and run the opposite way than everyone else is something that in the moment I didn't process. Because I wasn't concerned about him, but he wasn't either. He was concerned about us."

As he walked home, all he felt was anger. When he saw his wife and other daughter on the front porch, the rest of the emotions followed.

"I was home and I was relieved, and I was angry and I was in disbelief, and I was unbelievably upset," Miller said.

They stayed home, sheltering in place.

As they slowly learned what happened, the pain truly set in.

They visited the free counseling at the nearby high school to talk about their trauma and look for signs in their almost 3-year-old daughter.

"Nova doesn't seem to know or be aware. I don't know. She heard pops but she's never heard gunfire before," Miller said.

Miller visited the memorial in downtown Highland Park on Thursday. As he learns more about the victims who lost their lives, the reality of the situation is setting in.

"I'm so grateful for my relatively easy escape and I'm grateful for the folks who were able to find shelter and have their escapes, but what a crappy thing to be grateful for. That we escaped. That our wounds are on the inside, versus laying in the streets of your hometown," Miller said. "It can happen anywhere, and it has happened everywhere. In schools, in movie theaters, in clubs, in parades, festivities."

Miller wanted to tell his family's story to process his own grief and make the grieving process tangible for others.

"Maybe someone will hear this story and it will validate their feelings," Miller said, "We can't keep doing this as a country. We can't."