Is your Hand Sanitizer Safe? The FDA Wants to Know 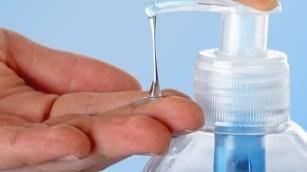 In particular, the FDA will be investigating whether sanitizers might be harmful to pregnant women and children.
Used by millions of Americans daily and often repeatedly, over-the-counter sanitizers are meant to reduce bacteria when hand-washing is either inconvenient or impossible.
Specifically, the agency wants to know more about three ingredients in these products: ethanol (or ethyl alcohol), isopropyl alcohol and benzalkonium chloride.
Ethyl alcohol is a primary alcohol and isopropyl a secondary alcohol; though related, they have different chemical properties and absorbency. High-concentration exposure to ethyl alcohol (PDF) may harm a fetus, while isopropyl alcohol (PDF) can irritate the eyes and skin, according to the New Jersey Department of Health.
Benzalkonium chloride, which is in a range of products from burn treatments to spermicides to floor cleaners, possesses antimicrobial properties. In animal studies, benzalkonium chloride had lethal effects on rodents when taken orally in repeated large doses, according to the European Medicines Agency (PDF).
The FDA's concerns are based on those of the agency's independent advisory committee, which reviewed scientific data on these ingredients. However, the federal agency has not called for the products to be removed from the market.
Originally, the FDA reviewed these antiseptics in the 1970s. Since then, many things have changed, including how frequently people use them. Also, new technologies can detect low levels of antiseptics in the body, and the FDA knows more about how that might affect a person's health.
Over the past seven years, 90% of all antiseptic rubs have used ethanol or ethyl alcohol as their active ingredient. More information is needed about how repeated exposure to this and the other active ingredients impacts the body, the agency noted.
Share this article: