Is The Polar Vortex Returning? Jury Still Out 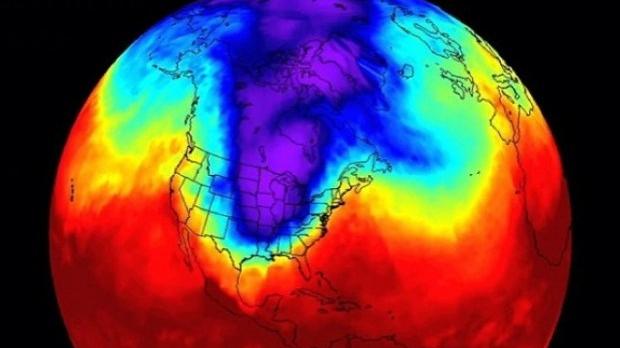 Everybody is starting to hedge bets on whether an extremely cold winter is coming our way. Last week, NOAA said it's be cold but not the pattern we saw last year. But at the same time, the agency wouldn't completely rule out a deep freeze either. Also keep in mind even though last winter felt extreme (and the Polar Vortex pattern was unusually persistent) in the eastern portions of the country, it was actually only the 34th coldest in the 119-year NOAA records. It only felt so cold in part because winters have been warming overall in the U.S. (as well as across the globe) as greenhouse gases accumulating in the atmosphere trap more and more heat. It's believed he northern Midwest and the Northeast, could see warmer-than-normal winter temperatures.

The winter outlook that NOAA puts out each year can't tell us whether there will be big blizzards in Chicago or Instead, it is what forecasters call a \"probabilistic outlook\" - it can only tell us what is more or less likely to happen compared to the normal winter climate in regions of the country.

Forecasters are limited in how much they can say about the coming cold season because of the lack of strong climate signals from El Nino and other factors \"that give us clues to what the season will bring,\" according to the agency. The winter impacts associated with weak El Ninos are less clear-cut than those associated with strong events. But, with the information they have, the winter outlook \"does favor above-average precipitation across the entire southern tier of the nation,\" from Southern California to Florida and up the Eastern Seaboard, a NOAA official said. On the flip side, below-average precipitation is expected in the Great Lakes region, Hawaii and the Pacific Northwest, which could intensify the drought that has crept up from California into Oregon. The rest of the country falls into what we call the equal-chance category of seeing above- or below-normal precipitation.

On the other side of the temperature coin, the western portions of the country, as well as the northern Midwest and the Northeast, could see warmer-than-normal winter temperatures.

Meantime, one weather vendor, AccuWeather has just come out with its outlook. It's hinting at a polar plunge confined mainly to the Northeast at the end of November with the intense cold holding off until January and February. Snow accumulation is expected to be higher than usual in big cities of the northeast as well, like New York and Philadelphia.

Remember a polar vortex is the circulation of stronger upper level winds normally hovering around the north pole. Sometimes these counterclockwise winds settle southward and can linger for months.

As they say in the TV news business, stay tuned!