Is Santa Clara, the host for the Big Game, Actually the Forgotten City? 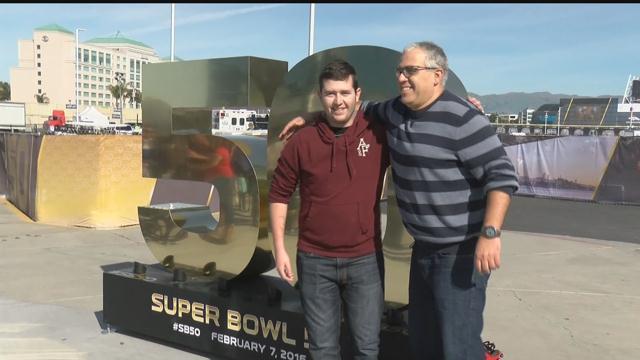 California was sunny and upper 60s on Friday. And the past few days our focus has been on San Francisco where Super Bowl City is, the NFL Experience, the media center. Although San Francisco plays a big role in the Big Game, we asked some native Santa Clarans what they thought of San Francisco getting all the attention

"I just think it's kind of neat that the whole Bay Area is celebrating. A big giant celebration all over," said Matt Campi a 50-year resident of Santa Clara.

Alyssa Caliendo, a Santa Clara University student said, "it's not surprising that the best events are happening up there. It's just unfortunate that we don't have time to get up there. And sit in traffic."

Now the tourist focus will shift the next 24 hours back to Santa Clara as fans and ticket holders arrive. Santa Clara University is hosting a big party called the Super Community Celebration with Huey Luis and the News performing and the Celebrity Sweat flag football game.