Is Food the Cure for a Food Allergy? 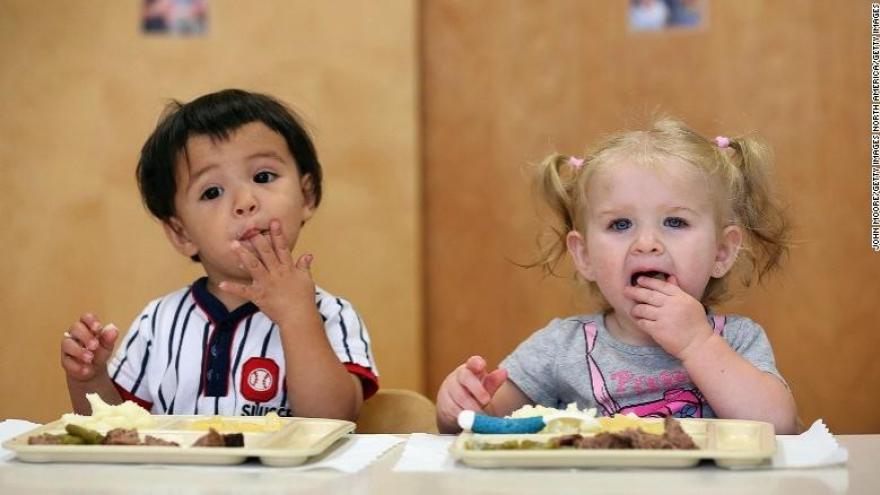 (CNN)One bite can be enough to cause symptoms such as itching, vomiting, diarrhea, or a tightening of the throat -- the tell-tale signs of an allergy.

Food allergies have been on the rise in recent years and are currently estimated to affect up to eight percent of children worldwide, according to the  World Allergy Organization.
Numbers are greatest in industrialized countries. In the U.S. alone, 4 million children reportedly suffered from food allergies in 2014.
Now, researchers at  Kings College London are investigating a way to prevent food allergies -- using food.
Until now, the common advice given to those suffering from allergies has been simply to steer clear of their dreaded food item.
"For decades we have been focusing on avoidance and that didn't seem to work," says  Gideon Lack, Professor of Pediatric allergy at Kings College London.
Lack believes avoidance may in fact have fueled the problem.
"Active avoidance of food allergens in baby's diets did not protect them from developing food allergies, and may even have contributed to the large increase we've seen," says Lack.
With his patients, Lack has seen the frustrations of both parents and children living with food allergies over the years and has now set his sights on curing, rather than managing the condition.
In  previous studies, Lack worked with other experts in the field to investigate the impact of feeding peanuts to children at higher risk of allergies. The studies were part of the  Learning Early About Peanut Allergy (LEAP) trial and found that feeding six grams of peanut protein to children from 4 months of age led to significant reductions in the rates of peanut allergy.
The theory behind this is that exposure enables a child's immune system to learn to recognize, and tolerate, the allergens rather than react to them, as it does with other organs and cells in the body.
Lack's  most recent study set the bar even higher and investigated the potential to use food to prevent multiple allergies at once, as part of the  Enquiring About Tolerance (EAT) study. Infants from the general population were exposed early to six common food allergens-- peanuts, eggs, milk, fish, wheat and sesame. The first three are estimated to account for 80% of all food allergies seen in the USA.
The study recruited more than 1300 infants aged 3 months old, half of whom were given up to 4 grams of each of the six food proteins, weekly.
Overall, the team found a 20 percent reduction in the rates of food allergy among infants exposed to the food allergens, which was not significant enough to suggest that the introduction alone was responsible, but did show that providing the food at an early age could be done safely.
Lack later discovered that many infants in the trial had not been consuming the required amounts of proteins -- only 34 percent adhered to the regimen properly, according to Lack.
Among the group that did follow their instructions, significant reductions were seen including a 100 percent protection against peanuts allergy and a 75 percent reduction against egg allergy, according to Lack.
"The effects were greatest for peanut and egg, [but for the others] there wasn't a high enough rate to make a proper comparison," says Lack.
For now, the team do not recommend using the approach outside of a supervised trial, and advise parents to continue  World Health Organization (WHO) recommendations in terms of food provision to infants, such as breast feeding, until further evidence is available.
The smaller, insignificant, impact seen in the study population as a whole highlights a key issue when recommending this strategy as an approach to allergy prevention -- the likelihood of people following instructions adequately.
"Only one third of families actually complied with the protocol," says allergy expert Hugh Sampson, Director of the Jaffe Food Allergy Institute at Mount Sinai.
"[This] reflects what will happen if this becomes a general policy," he says.
The underlying science has been proven and will now need further research to understand the realistic quantities than can be used, and followed, to prevent future allergies.
Sampson's team at Mount Sinai are investigating the feeding approach as well, but focusing on peanut, milk and egg as their targets and only among high-risk groups.
"You can design all kinds of treatment, but if people don't follow them it won't work," says Sampson.
Experts in the field are now working to refine the treatment and discover its true potential.
"It could be beneficial for everybody, but we don't have the evidence for that," says Sampson.
Share this article: