Is Cockroach Milk the Superfood of the Future? 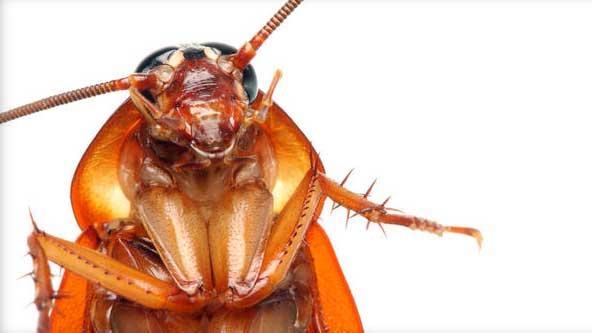 (CBS NEWS) Will cockroach milk soon be on the menu? A research team based at the Institute for Stem Cell Biology and Regenerative Medicine in India believes that the "milk" from the Pacific beetle cockroach -- the protein-rich crystals that the insects lactate to feed their young -- could make for the next great superfood. Now, maybe you'll think twice before squashing that pesky cockroach in your apartment.

This particular species of cockroach is the only one that gives birth to live young, as opposed to laying eggs. Their "milk" is made up of protein-infused crystals reported to have three times the energy of the equivalent mass of normal dairy milk.

"The crystals are like a complete food -- they have proteins, fats and sugars. If you look into the protein sequences, they have all the essential amino acids," Sanchari Banerjee, one of the main researchers, told the Times of India.

Cockroach milk is not just a wellspring ofnutrients, it is also a "time-released food," added lead study author Subramanian Ramaswamy, meaning that once the crystals' protein is digested, more proteincontinues to be released through the body at a steady rate.

The team sees this substance as something that could someday be mass-produced. But no -- they're not suggesting anyone start milking cockroaches to squeeze out tiny quantities of nutrient-rich sustenance. Instead, the researchers have mapped the crystal sequence and plan on replicating the process in a lab by having yeast produce the crystal in large amounts.

Does this mean we will soon see cockroach milk products or dietary supplements in our health food stores? The slightly gross-sounding hypothetical product is a long way off, but the researchers said we could be heading in that direction.

"They can be a fantastic protein supplement," Ramaswamy told the Times.

The team's research was published this June in the IUCRJ, the journal of the International Union of Crystallography.