Is Bears Legend Coach Ditka Cause of Packers Losing Streak? 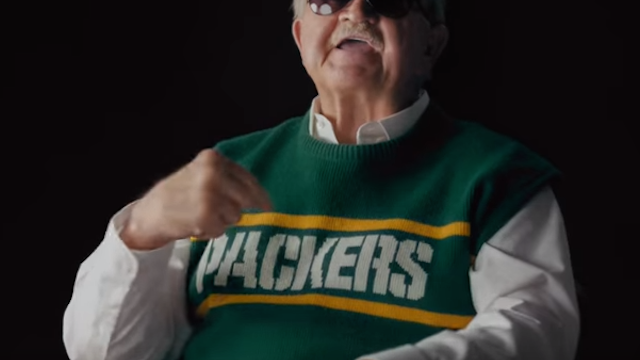 (CBSSports) The Packers lost their third game in a row on Sunday, falling to Detroit at Lambeau Field for the first time since 1991. Something is wrong. No one's sure exactly what, but there's a subset of fans who believe the cause of the Packers troubles is one Mike Ditka.

You've seen the former Bears coach and current ESPN analyst on TV more often lately thanks to his appearance in a McDonald's ad wearing a Packers sweater (it involves the opportunity to get free fries for four weeks).

And there are actually Bears fans who believe #DitkaCurse is a real thing.

Originally when the ad aired, people got a little miffed about it. Mike Singletary called Ditka out for wearing his hated opponents' gear (Ditka doesn't care, obviously).

And our own John Breech noted the possibility of a curse last week. The ad began airing Oct. 27, and since then the Packers lost to the Broncos (Aaron Rodgers threw for 77 yards), the Packers (the defense gave up 37 points) and the Lions at home.

The first two losses felt reasonable. Tough teams on the road, back-to-back road games. Losing to the Lions at home? There might be some merit to this Ditka stuff.