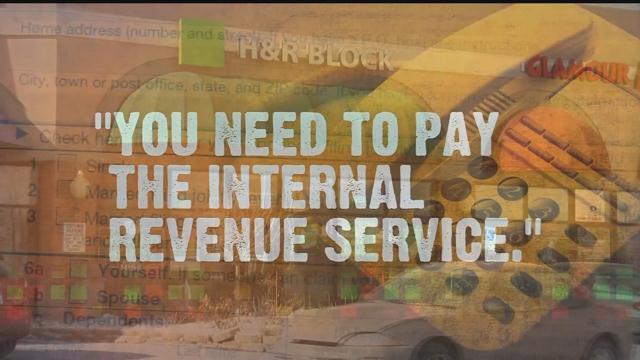 Police are warning about a scam involving people pretending to be the IRS.

Nationwide, scammers have reached out to nearly 900,000 people, over 5,000 have fallen for it, paying out over $26 million. All in the last two and a half years according to the IRS.

Now local police departments say people in Wisconsin have received a lot of these calls lately.

Just this morning, those scammers tried to hit someone who is a bit of an expert in the tax field. Richard Kilmo is a retired accountant from Hales Corners.

While police say you should hang up the phone right away if you get one of these fake IRS calls, Kilmo played their game trying to get extra info about these people.

He says they're aggressive, and try to make you feel like they're coming to take your house. He says while they don't try to get your credit card or social security number, their red flags are easy to spot.

Kilmo said, "When she told me they were auditing my returns, or that my returns were fraudulent from 2006 through 2013, that was flag number one. And like I said, flag number two was the fact that they called. They never call."

He's talking about the real IRS, he says they send letters to collect unpaid taxes or audit people.

He  says the scammers will try to get you to go to your bank, and wire them money. Don't buy into what these people are doing, hang up on these people if you get a call like this. Also, you can let the police know, and report it to the IRS.