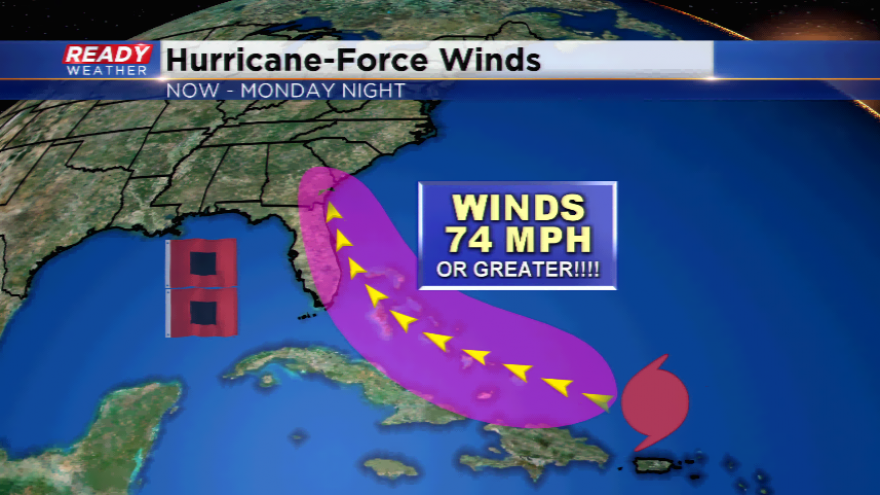 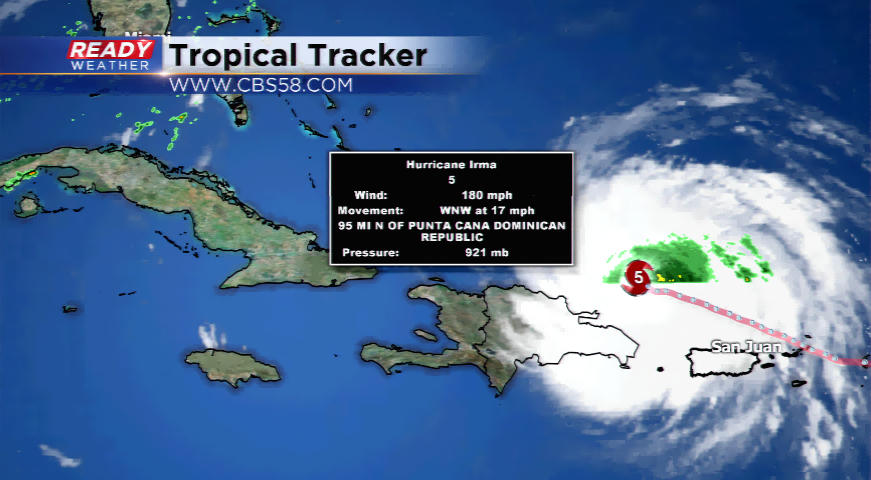 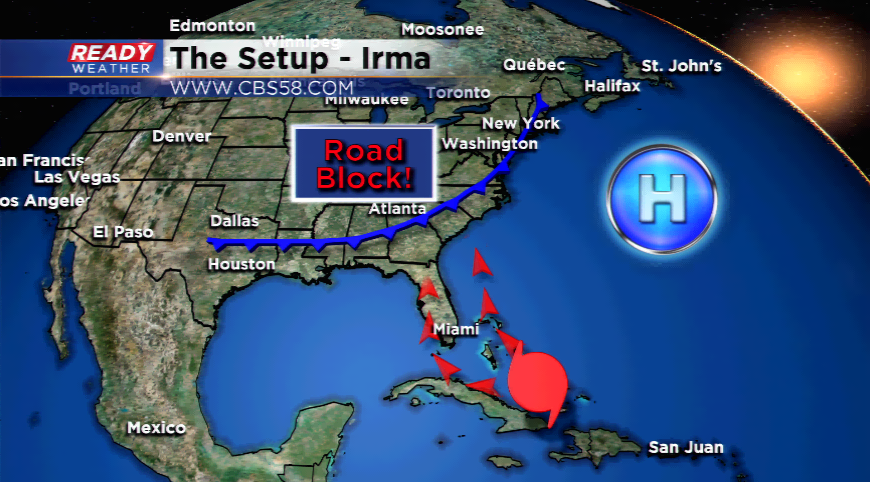 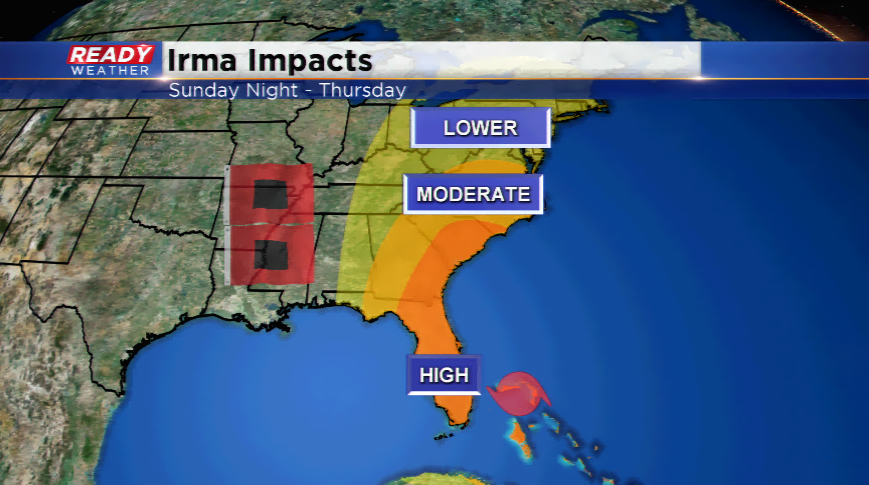 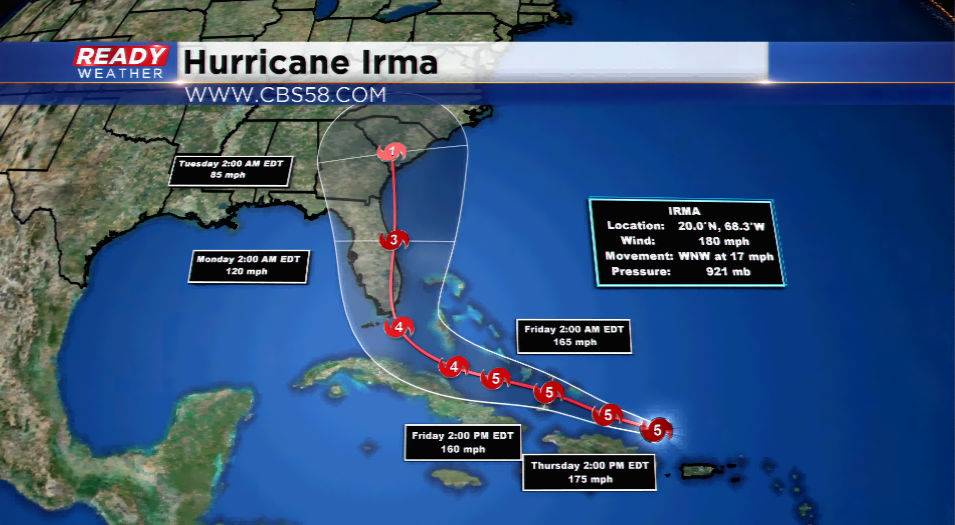 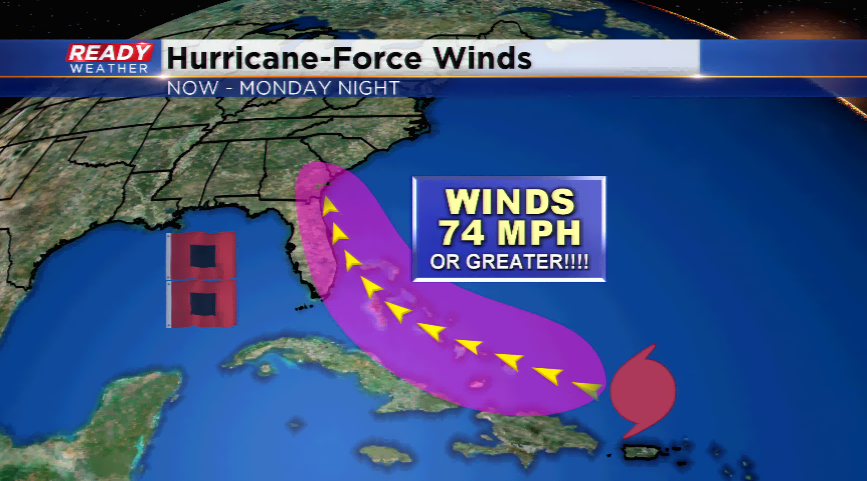 Before this year, it has been a dozen years the last time a major hurricane has hit the United States. Harvey hit two weeks ago – Now Irma. Irma became a category five hurricane on Tuesday and since has posed a huge threat on life and property to those in its path. It is now classified as the strongest hurricane in the Atlantic outside of the Caribbean and Gulf.

The hurricane remains a category five, but weakened just a bit down to 180 mph. It is expected to job past DR, Haiti, Cuba, and eventually head toward Florida. The last 24 hours, computer models have insisted on a north turn as an upper-level trough/cold front is acting as a barrier, preventing it to go into the Gulf of Mexico. Florida will feel Irma’s wrath by Sunday. The storm is expected to head due north, possibly hugging the shoreline of Florida and barrel toward southeast Georgia and South Carolina.

Irma could make landfall in Florida as a category four. Impacts include winds over 100 mph, storm surge up to 15-20 feet, and heavy rainfall. It is expected to weaken a bit as it jogs north into Georgia and South Carolina where it could make a second landfall early next week as a category two or three hurricane.

Reports of devastation are already coming in. 95% of St. Martin has been destroyed. The Governor of Florida is already enforcing mandatory evaluations for residents in Florida. More are expected today.