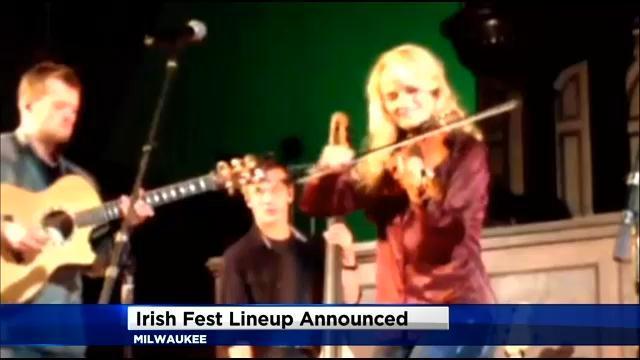 CBS 58's Michele McCormack had the honor of announcing some of this years lineup including Cherish the Ladies, Eileen Ivers and Immigrant Soul, Flashpoint, Gaelic Storm and The Elders.

The Irish American band The Willis Clan was on hand to perform. They will be return to the festival as well.

It was about 20 years ago, several family members of the Willis Clan died in a fiery crash on a Wisconsin roadway.

Despite the tragedy they often return. They never forgot how Wisconsin Emergency responders helped that horrible day and return to Irish Fest in tribute of the love and connection to this community that has never faded.

They have moved to the Nashville area, created national buzz with appearances on \"America's Got Talent\" and will be in their own reality show coming soon to TV.

The Willis family's performance Saturday, and see on the CBS 58 News at 10, is truly fitting for this year's theme: Living Tradition.

Barry Stapleton of Irish Fest says it's a tribute to the old style of singing and playing but also showing how it's moving forward through the generations.

To see the entire lineup