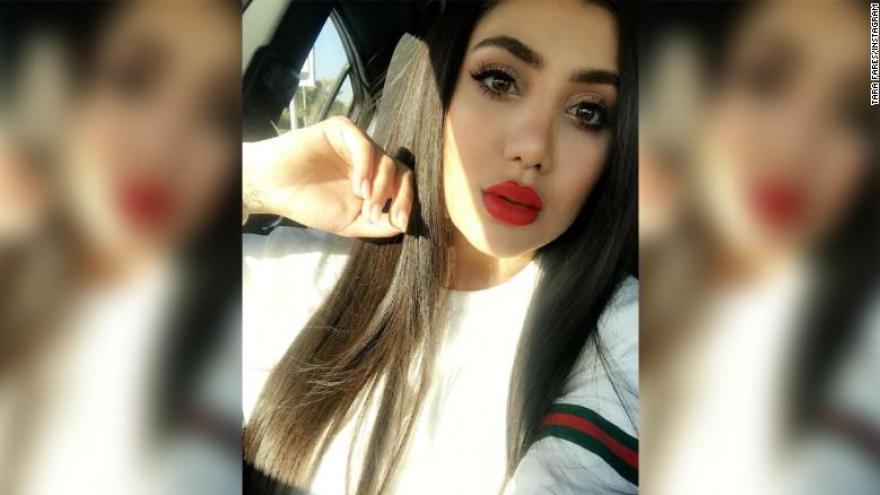 The former Miss Baghdad, and first runner-up for Miss Iraq, was killed on Thursday after gunmen opened fire on her in the capital's Camp Sarah neighborhood, according to a statement by Iraq's Interior Ministry, which is investigating the incident.

Interior Ministry spokesman Maj. Gen. Saad Maan, told an Iraqi TV station that two motorcyclists shot Fares while she was inside a vehicle.

The 22-year-old, a Christian whose father was Iraqi and mother Lebanese, was living in Erbil, but visited the capital occasionally. She was famous for her bold clothing and posts on social media.

A black-and-white photo showing Fares pouting was shared with her nearly 3 million Instagram followers shortly after her death, along with the comment: "In a treacherous and cowardly incident, Tara Fares Chamoun, is with God. We asked God to accept her with His great mercy."

Rafeef al-Yaseri, known as the "Barbie of Iraq," was killed inside her Baghdad home on August 16. Al-Yaseri was a plastic surgeon and organized national programs specializing in medical affairs for women.

One week later, Rasha al-Hassan, owner and manager of Viola Beauty Center in Baghdad, was found dead inside her home. Health Ministry spokesman Seif al-Badr said at the time that al-Hassan had died at her home, where preliminary investigations did not point to a reason for the death.