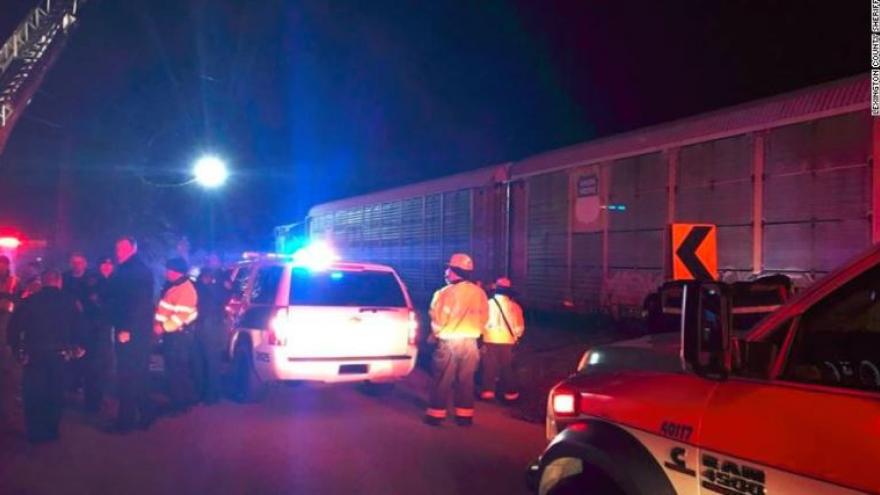 (CBS News) -- Investigators have released new details on Sunday's deadly Amtrak crash that killed two train employees and injured more than 100 passengers. National Transportation Safety Board (NTSB) chairman Robert Sumwalt said in a news conference Monday that investigators have recovered the train's event data recorder that could help determine what happened in the moments leading up to the crash.

Sumwalt said the recorder was recovered from the wreckage of Amtrak's locomotive and determined to be undamaged. It was successfully downloaded at Amtrak's facility in Raleigh, North Carolina, with investigators present.

A locked switch sent the New York-to-Miami Amtrak passenger train onto a side track where an empty CSX Corp. freight train was parked, resulting in the collision that killed two Amtrak employees, a conductor and an engineer, and injured dozens of passengers.

The collision was the third fatal Amtrak train crash in less than two months.

Sumwalt said the recorder showed the train's maximum speed reached 57 mph from its last stop. Under signal suspension rules, the track speed is 59 mph. Seven seconds before the recording ended, the train's horn was activated for three seconds, Sumwalt said, adding that the train was then moving at 56 mph.

Two seconds later, the brake-pipe pressure began decreasing, and a second later the throttle transitioned from full throttle to idle, while the train was at 54 mph.

Sumwalt said investigators conducted interviews with the train dispatcher along with crews of both trains, but he would not reveal what investigators learned from the interviews.

Sumwalt said investigators will try to determine why the switch was in the position to force the Amtrak train off the main track and into the freight train's path.

In a Sunday evening press conference, Sumwalt said that positive train control -- a GPS-based safety system that can automatically slow or stop trains -- could have prevented the accident.

"That's what it's designed to do," he said, referring to technology that regulators have been pressing for for decades with mixed success.

Passenger Derek Pettaway told CBS News that he was sleeping when the train began "shaking violently" before coming to a sudden halt. "You knew we'd hit something or we'd derailed," Pettaway said over the phone. "The Amtrak crew was really great. They responded quickly and got everyone off the train."

Palmetto Health hospitals said they received 62 patients at multiple hospital locations, and 56 were evaluated, treated and released. As of Monday afternoon, six people were still hospitalized, including two patients were in critical condition.