Investigation: A law that allows police to seize property and use the profits 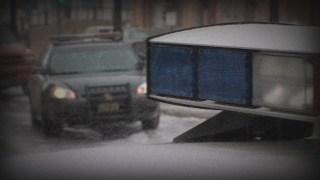 It's a controversial law meant to target drug dealer's property, but innocent people all over the country are having their property seized by law enforcement through a process called civil forfeitures. One man says he was unfairly targeted here in Wisconsin, and had nothing to do with drugs.

Imagine you're a dad, you lend your 2010 Nissan Altima to your daughter, a Whitewater college student.

"He was the purchaser of it and paid the bank loan on it."

To use the car, attorney Joseph Owens says his client's daughter agreed to keep up her grades and visit. But on a trip home she brought a friend who had this request.

Owens says, "To get a small quantity of marijuana."

Owens says that friend was a paid informant. He says through the civil forfeiture law police seized the dad's car and sold it even though he had nothing to do with the drugs. And the daughter was never criminally charged.

Owens says, "There's no legislative oversight, the police get money from the sale of the vehicle, and what they do with it, who do they have to answer to!"

Owens says that's what makes the civil forfeiture law controversial, "That practice makes them a bounty hunter, now the agency that's involved in investigating the crime has a financial incentive in entrapping someone, and getting the goods involved."

Kenosha's Sheriff had nothing to do with the Whitewater case, but agreed to talk about civil forfeitures. He says it's a benefit to police who face shrinking city and county budgets and says he doesn't mind the term "bounty hunter."

David Beth, Kenosha's Sheriff says, "If my department knows they catch a drug dealer and it benefits our department and people we serve. I absolutely want a bounty on these drug dealers, yes I want them."

The Kenosha Sheriff says it funnels drug money back into the community.

Sheriff Beth says, "If I purchased a sports car, and I purchased the sports car with the profits, I don't have a problem selling that car and use those funds to make the community better."

He says he's used their civil forfeitures to pay for the drug unit's cell phones, training, and an armored vehicle.

Sheriff Beth says, "It's a huge benefit to law enforcement agencies, to buy equipment that we normally couldn't through the budget process."

But Congressman Jim Sensenbrenner says not every law enforcement agency is getting their money from drug crimes. He says nationwide, he's heard of innocent people losing their property.

Congressman Sensenbrenner says, "If someone is completely innocent and has no connection with the crime and be forced to hire a lawyer and pay the lawyer more than it costs to get the property back."

That's why Sensenbrenner is calling for reform.

Congressman Sensenbrenner says, "The next step is writing a law and passing it."

As for the man whose car was seized, he did appeal his case but he lost after the courts held up the civil forfeiture. Attorney, Owens, says his client didn't appeal any further because the court costs where higher than the property was worth.