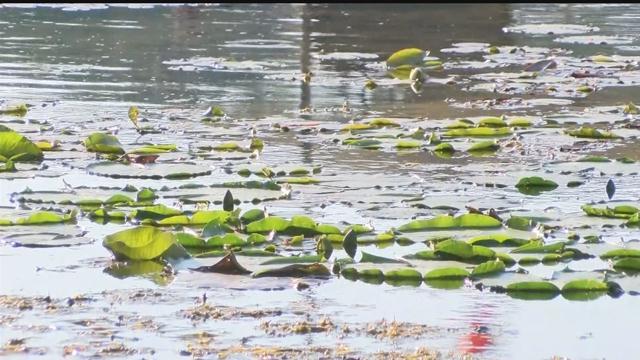 Residents in Washington County are frustrated after an invasive species was found on Silver Lake, preventing those who don't live on the lake from doing any boating for the foreseeable future.

The barricades are up here at Silver Lake's only public boat launch - no motorized boats are allowed- as the county tries to stop the spread of an algae called starry stonewart.

\"It grows in very dense mats and these mats of algae can actually impede ways for fish to get thru and boaters to get the boat thru the lake. It's hard to even start a boat motor,\" said Bradley Steckart with the Washington County Land and Conservation Division.

He says starry stonewart can be deadly to a lake, so quick action had to be taken, shutting down access to the lake for all motorized boats.

\"The motor can churn up starry stonewart, where it is is right off the boat landing. We don't want that getting churned up while people are out,\" said Steckart.

\"It's a relatively small infestation and we don't want any other bodies of water in Wisconsin, \" he said.

Stu Hannam lives right next to the launch.

\"Three days ago it want under my pier. Today there's a carpet of it,\" said Hannam.

And he's more than frustrated, saying it's the third invasive species this lake has seen.

\"Obviously someone brought this into our lake on their boat, \" he said.

Hannam says this could be easily prevented if people using the lake cleaned their boats.

\"I see people coming in all the time and nobody's watching for that stuff. No one is cleaning their boats, \" said Hannam.

While the county decides what method to use to get rid of the species Hannam hopes this is a lesson for boat owners.

\"They need to be more responsible but I don't think that's going to happen,\" he said.