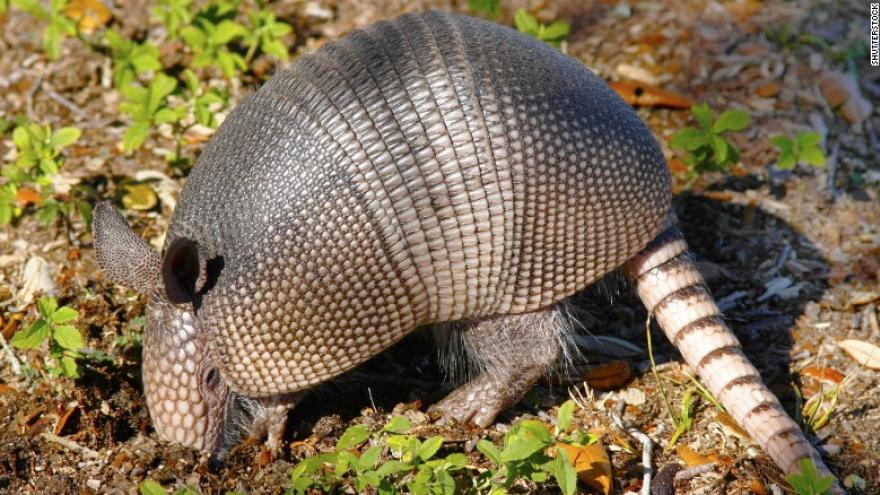 (CNN) It was the shot heard round the world. Some parts of the internet apparently just didn't hear it until two years later.

A man in Texas was hit in the face with a bullet from his own gun. The shot was initially aimed at an armadillo, before the bullet ricocheted off its hard shell and struck the shooter instead.

That happened in 2015, but for some inexplicable reason, the story started making the rounds again Thursday.

Men firing their guns in Texas are nothing new. But a badass bulletproof armadillo firing the bullet right back? Now that's the kind of gun show that goes viral.

And it did: Reuters and CBC both covered the accident when it happened over two years ago, and CBC's original tweet with the story has accumulated over 16,000 retweets since.

On Thursday morning, armadillo revenge enthusiasts began sharing the story again on Twitter. It's unclear why. But do we ever really need a reason?

One post, from sports journalist Spencer Hall, came with a grave warning that this could be a sign of the Armadillo Uprising.

Clarence Hill Jr., another sports journalist, tweeted it as well minutes later. Hall, when asked where he first saw the story, told CNN: "I'll save you some time — I don't remember where I saw it."

As for the armadillo, it's unknown if the tiny vigilante is still on the run. The sheriff in Cass County, Texas, said they never found the animal after the incident.

Nine-banded armadillos are the only armadillo species found in the United States out of about 20, according to the National Wildlife Federation, and they typically live for 7 to 20 years. With those numbers, there's still a chance that the little guy is still out there.