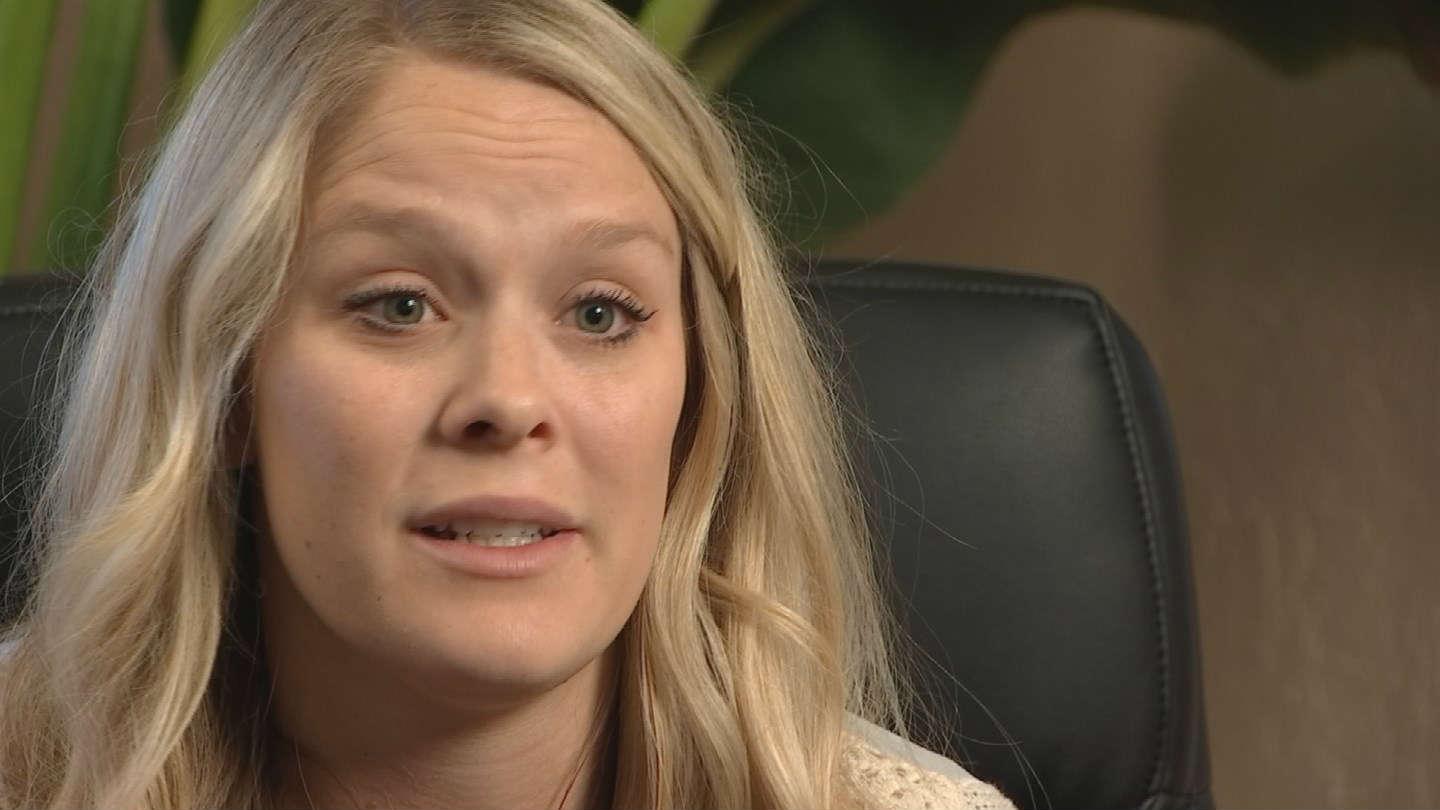 Support is building this morning for a woman who left her baby strapped to a shopping cart in a parking lot.

Cherish Peterson, a mother of four young kids, said she was horrified to realize she drove off from a grocery store in Arizona last week without her two-month-old son and since then, there's been a roller coaster reaction on social media, reports CBS News correspondent Elaine Quijano.

The incident happened in the Phoenix suburb of Gilbert, on a day when the high temperature was 104 degrees.

Peterson returned to the grocery store to look for her baby after about 40 minutes, but she didn't notice he was missing until she had finished her errands and driven all the way home.

\"As I was pulling into the garage, my 3-year-old-goes, 'Where is baby Huxton?' I turned around and looked and realized he was gone,\" Peterson said.

She told CBS Phoenix Affiliate KPHO she was distracted by two of her kids and forgot her son, who was still in the cart.

\"Normally, I put my cart away, but I didn't need to because I parked at the front of the store, and I never park there. And I drove away,\" Peterson said.

An off-duty police officer found the infant and took him inside a nearby Supercuts.

Huxton was checked out at a hospital before being returned to his parents.

\"I'm a good mom who made a horrible mistake,\" she said.

Police believed it was an accident, but the internet was not as forgiving. People questioned the 28-year-old mom's parenting skills and wondered if alcohol or drugs were involved.

There were also comparisons to the treatment of Shanesha Taylor, an unemployed Phoenix mother who in May was sentenced to 18 years probation for leaving her two sons inside her SUV during a job interview.

\"People went crazy thinking that I should have my child taken out of my home and they should have never given me my baby back and I should be in prison right now,\" Peterson said. \"Nothing they can say can make me feel worse than I did in that moment I turned around and saw my car seat missing.\"

The next day, police said they would recommend a misdemeanor charge of child endangerment against Peterson, which sparked another backlash.

The hashtag #IStandWithCherish trended on Twitter and more than 16,000 people joined a Facebook group to support her.

Peterson's husband said they are grateful to the off-duty police officer and first responders who took good care of their son, but he also believes public pressure forced the police department's hand.

The prosecutor will now decide whether to move forward with the misdemeanor charge against Peterson.