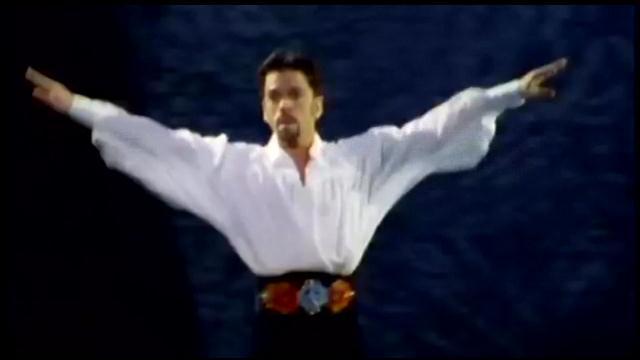 Internationally known dancer and choreographer Colin Dunne is in Milwaukee working on a new work with the Trinity Irish Dance Company.

He burst onto the stage in the title role of \"Riverdance\" but since that time has reached acclaim in contemporary dance.

He will be a special guest at a Sunday dinner at Chef's Table where ticket holders can meet him one on one.

Mark Howard, the founder of Trinity, was a special guest on the CBS 58 News at 4 p.m.

Howard's Trinity Academy of Irish Dance is a for-profit school with a prolific history of winning Irish dance titles.

The Trinity Irish Dance Company is a non-profit group that is focused on new and innovative interpretation and performance.

Howard and Dunne have been working recently at the Erie Street studios in Milwaukee's Third Ward on a new dance that they are planning to stage for local audiences in about a year.

They already have commitments to perform in Madison and California.

The dance company also does global tours including a highly regarded three weeks worth of performances in Japan.

\"Colin is an international treasure,\" Howard said of Dunne. \"He's the best talent that ever lived.\"

To stage such productions and bring artists of Dunne's caliber into town takes money.

The Chef's Table fundraiser is an exclusive event to ticket holders this Sunday, June 14, 2015.

It will be a rare opportunity to really get to know a dancer of Dunne's caliber and gain insight to a new show that has the fine arts community buzzing.