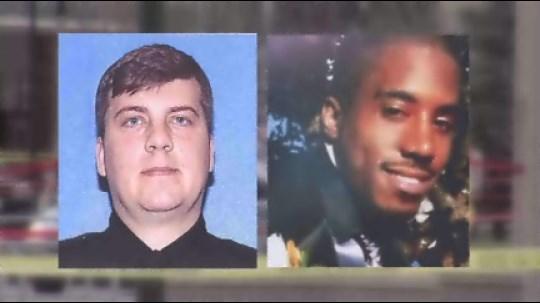 The Fire and Police Commission of Milwaukee has issued the following directive regarding how the appeals hearing will be conducted starting on March 19th.

This is the letter in full as issued to CBS 58 News:

The Christopher Manney disciplinary appeal hearing is scheduled to commence on Thursday, March 19, 2015 at 4:30 p.m. in Branch 1 of the Municipal Court (951 N. James Lovell St., Milwaukee).

Judge Skwierawski has set the expectations for maintaining order both in the courtroom and in the immediate area of the courtroom where the proceedings may be impacted.

Once these individuals have been seated in the courtroom, the remaining capacity of the public area will be filled with members of the public. Given this limited capacity, efforts will be made to balance the attendance of the supporters of each of the two parties.

The capacity of the courtroom lobby is approximately 100 people. In order to preserve the integrity of the proceedings and to ensure the safety of all in attendance, capacity limits will be enforced and the public will not be permitted in the hallway between the lobby and the courtroom.

Attendees are discouraged from bringing matches, lighters and similar items; such items will be collected by the security staff and the owners may obtain such items upon leaving the building.

When asked for his input by the media, Mike Crivello of the Milwaukee Police Association issued the following statement in anticipation of the proceedings:

“April 30, 2014 was a terrible day for all parties involved. Officer Manney has consistently expressed compassion and empathy for the Hamilton family; at the same time his [Manney] family continues to suffer as well. It is imperative that the community know the truth - undoubtedly the unprejudiced mind will be enlightened. I am confident in the professionalism of the active and retired police, and of all civilians that will attend to support positive outcome of the hearing. We pray for civility of all.”