Instead of Columbus Day, some celebrate Indigenous People's Day 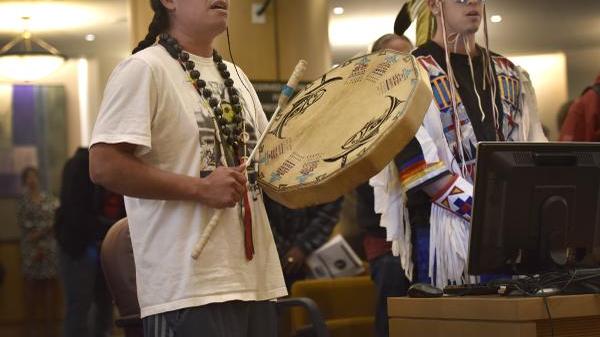 (CNN)This Monday, instead of celebrating Christopher Columbus, some cities and schools are honoring the people he encountered in the New World and their descendants.

More jurisdictions this year are recognizing the second Monday in October as Indigenous People's Day, building on efforts to shift the holiday's focus away from the Italian explorer.From a practical standpoint, regardless of what the day is called there's no guarantee you have it off from work unless you're a federal employee. Columbus Day is one of America's most inconsistently celebrated holidays, with 23 states and Washington recognizing it as a paid holiday for state workers. In the private sector, it depends on the company.

The shift is part of broader attempts to clarify the Italian explorer's role in American history and connect indigenous culture to something other than sports teams, Halloween costumes and pop culture appropriation.Berkeley, California, is thought to be the first city to adopt Indigenous People's Day, in 1992, building on global efforts to correct the misperception that Columbus was the first explorer to reach the banks of the New World. A 1994 United Nations General Assembly resolution established International Day of the World's Indigenous People on August 9.

South Dakota has celebrated Native American Day instead of Columbus Day since 1990. In 2014, Seattle and Minneapolis became the first major American cities to approve a measure by city council vote recognizing Indigenous People's Day. Minneapolis still has Columbus Day; Washington is among the states that don't recognize Columbus Day as a legal holiday. Schools in Portland, Oregon, and Seattle followed their lead.

The event does not replace Columbus Day in places where Columbus Day is a state holiday. Where it's not a state holiday, there's nothing preventing a mayor or board of county commissioners from adopting a proclamation that says Indigenous People's Day is the holiday du jour -- which is exactly what happened in Portland.

"Reclaiming the second Monday in October as Indigenous People's Day makes a powerful statement," Multnomah County Chair Deborah Kafoury said in a statement. "It says, 'We are no longer going to celebrate a time of genocide, but instead we will honor the land we live on and the people who have been here since the beginning."'How the holiday will be celebrated varies among jurisdictions. Either way, supporters of Indigenous People's Day are satisfied with the symbolic nature of the occasion. For them, it's an acknowledgment not only of Native American history but also modern indigenous culture.