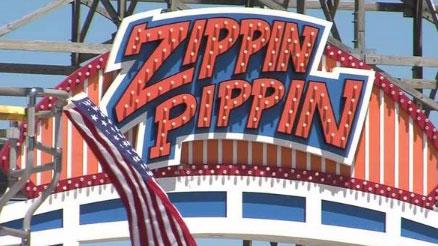 On Tuesday, Local 5 obtained a copy of the State Safety Report on their findings after the investigation into the accident on the popular roller coaster.

That report lists four code violations that led to that accident on the Zippin Pippin roller coasts on June 20. Three people were sent to the hospital all with minor injuries.

The report from the Wisconsin Department of Safety and Professional Services cited two training violations, a defective equipment violation and an operational violation.

State laws states than an amusement park owner must provide training for ride operators and attendants.

The inspection found that training records were not available.

The inspection also found that the dispatch and loading attendant was sitting on the empty train car when the loaded train pulled into the station and struck the train in front of it. That attendant was supposed to be manning the emergency stop while the coaster was in motion, which is another violation.

A brake sensor was also found to be loose and was not reported so that it could have been replaced or repaired.

Lastly, the inspection said that all amusement rides should be maintained, repaired or modified in accordance with recognized safe practice which the Zippin Pippin failed to do so when the train pulling into the station struck the other train in front of it.

We are in receipt of the Safety Inspection Report and Orders from the Wisconsin Department of Safety and Professional Services. While there are some minor corrections the City needs to address, the cause of the Zippin Pippin incident is still under investigation. We hope to have final findings and full certification by next week.