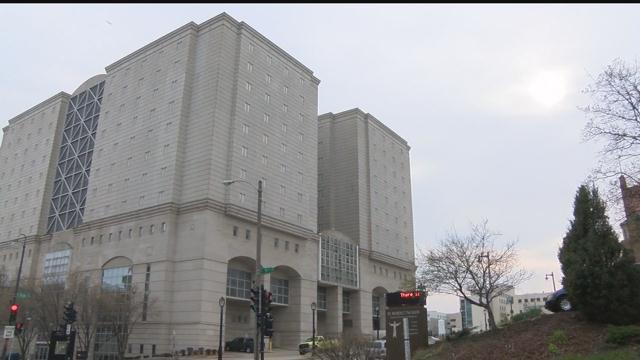 The Milwaukee County Sheriff's office says an inmate died over night on Thursday. This is the fourth death in the county jail this year but so far..we only have details on one of those deaths.

We asked county and state officials for more information, but were told that would have to come from the Sheriff's office. A spokesperson for MSCO told us we would get more information, but as of 5:30PM Friday night, we have no additional details besides what the Medical Examiner's office told us.

Compare that with 2014 and 2015 where the medical examiner tells us there were zero deaths at the Milwaukee County Jail.

It started on April 24th when 38 year old Terrill Thomas, the man accused of firing a gun at Potowatmi died in the jail, awaiting a competency hearing.

His death: ruled a homicide. His family told us they wanted answers.

"We are heartbroken. So what can we do to prevent another family from having an incident like this?" said Tiffany Robertson, Thomas' cousin.

But the ME's office says its happened three more times.

July 14th: a baby born to an inmate in a jail cell; dead.

The ME's office did tell us Thomas died of profound dehydration but does not have a final cause of death for the other three.

The state Department of Corrections  told us they do yearly compliance checks at every facility but the sheriff runs the jail so we needed to contact him.

Thomas family says the information is out there and someone needs to come forward.

"I'd say the employees responsible for his care, for making sure he had water, for checking on him and ultimately the Sheriff. That building
Is under him, he has authority over it," said Robertson.

The ME told us the most recent jail death is under a non-disclosure order.