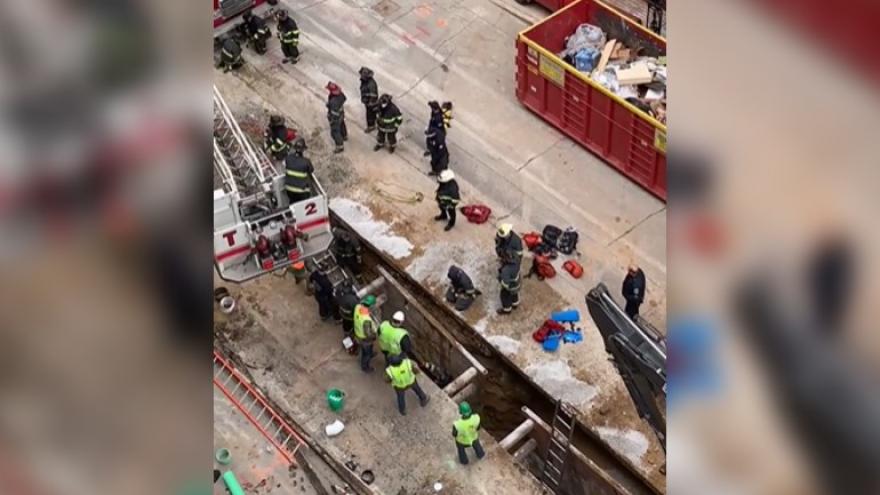 MILWAUKEE (CBS 58) -- Fire crews rescued a man who was injured while working in a trench in downtown Milwaukee.

The call to officials came in just before 11:30 a.m., near North Milwaukee and East Mason Streets, for a worker who had broken his leg.

The worker was taken up and out of the trench on a stretcher by the Heavy Urban Rescue Team.

"He was a worker and he was supposed to be in that zone from my understanding there was no fall involved so it might have been some other injury in that trench," said Battalion Chief Joel Rechlitz, Milwaukee Fire Department.

The injured worker is expected to be OK.