Infants Found in Back of Overdosed Couple’s SUV, Sheriff says 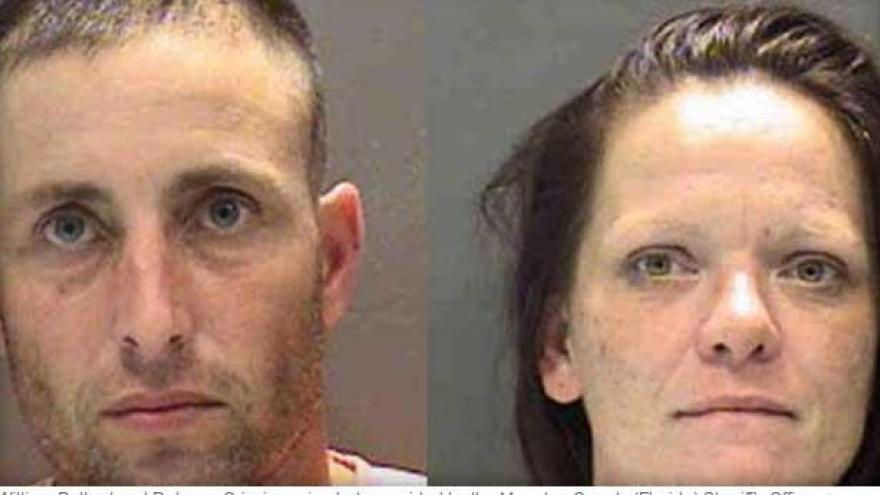 MANATEE COUNTY, Fla. (CBS NEWS) -- Two infants were found in the back of an SUV as two adults were found sleeping in the front after overdosing in a Sarasota gas station parking lot, reports CBS Tampa affiliate WTSP-TV.

The Manatee County Sheriff’s Office says deputies arrested William Ballard, 36, and Delaney Crissinger, 32, on Jan.19 after they were discovered passed out in a black SUV in a Texaco gas station.

While Ballard and Crissinger were nodding off, two children, ages 5 months and 18 months, were sitting in car seats with the vehicle’s engine running, authorities say.

Crissinger allegedly fell asleep with a clear baggy of methamphetamine in her hand. Deputies say they also found a loaded syringe next to a container of baby formula on the vehicle’s floorboard.