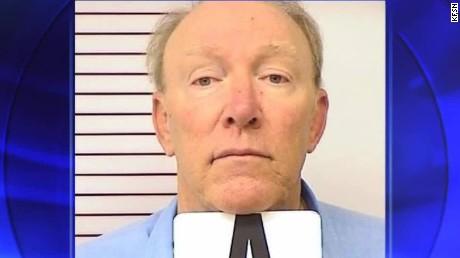 (CNN) -- Nearly 40 years after receiving a life sentence for his role in the largest mass abduction in U.S. history, James Schoenfeld -- one of the three infamous Chowchilla school bus kidnappers -- will walk out of a California prison this week a free man.

The California Parole Board moved to grant the 63-year-old his freedom in April, at Schoenfeld's 20th parole hearing since his 1977 conviction on 27 counts of kidnapping, according to Luis Patino, a spokesman for the California Department of Corrections and Rehabilitation.

Gov. Jerry Brown -- who was in his first term as governor at the time of the chilling kidnappings -- had 120 days to decide whether he'd intervene by sending the case back to the parole board, but when that deadline came and went late last week, Schoenfeld's release became imminent.

On July 15, 1976, 26 Dairyland Elementary School students were returning home after a day of summer school in Chowchilla -- an inland farming community some 40 miles north of Fresno, California -- when their bus was commandeered by Schoenfeld, his younger brother Richard, and a friend, Fred Woods.

But the armed gunmen, who wore nylon stocking masks, didn't just hunker down afterward and make ransom demands -- this was no ordinary hijacking.

The captors -- men in their 20s from well-to-do Bay Area families -- made the entire bus and all of their hostages disappear for days.

According to reports, it was early evening when the trio stormed the bus and took it to a nearby drainage ditch where they hid it in a thicket of bamboo. The 27 hostages -- 26 students and bus driver Ed Ray -- were then divided into two vans and driven for more than 11 hours to a sand and gravel quarry owned by Woods' family.

The captives were forced to descend below the rocks and gravel into an underground bunker fashioned out of the trailer of a moving truck that the kidnappers then entombed in dirt, according to the Fresno Bee.

The cell was about 8 feet by 16 feet and was crudely ventilated, but was stocked with water, snacks, a flashlight and mattresses, according to media reports.

Ray, who passed away at age 91 in 2012, said \"there was a lot of crying and begging for mama,\"according to a New York Times obituary. \"(The children) kept hollering and saying, 'Why did they do this to us?' I'd like to know, too,\" he said shortly after the ordeal.

Although the kidnapping itself was executed with terrifying precision, the plot, it seemed, was never fully conceived, because the three captors were bested by Ray and the children -- aged between 5 and 14 years old -- before ransom demands were even made.

After several hours in the bunker, Ray and the older children began stacking the mattresses in a way that enabled them to access the roof of the truck. Once there, they were able to tunnel their way above ground. The entire escape took place as the Schoenfelds and Woods napped,according to the San Francisco Chronicle.

The students eventually returned to their families on July 17, 1976 along with Ray, who enjoyed a hero's welcome.

A legacy of nightmares

The Chowchilla kidnapping is a frightening scenario that is perhaps unfathomable for most students, parents and teachers in an era of hyperconnectivity, where cell phones and wifi-equipped school buses mean students can communicate just as easily with the world outside as they can with person sitting right next to them.

But it was 1976, well before such technological luxuries existed.

Although none of the 26 children were physically harmed by the Schoenfelds or by Woods during the affair, the trauma they endured still persists for many of the victims, who are now in their 40s and 50s.

Jennifer Hyde is one of them. She said she was nine years old when her childhood ended on that bus in Chowchilla.

\"You couldn't just go on and have a normal childhood when you faced a life-threatening situation like that. You just can't go on and be carefree,\" she told CNN in 2013.

Hyde said she still sleeps with a nightlight on, and won't ride a subway or go anywhere underground.

While Hyde remains a prisoner of fear, James Schoenfeld will join his brother Richard -- who was paroled in 2012 -- in freedom no later than Wednesday, according to the California Department of Corrections and Rehabilitation.

Fred Woods will then be the last of the Chowchilla kidnappers behind bars. The 63-year-old will have his 15th parole hearing on November 19, according to Patino.