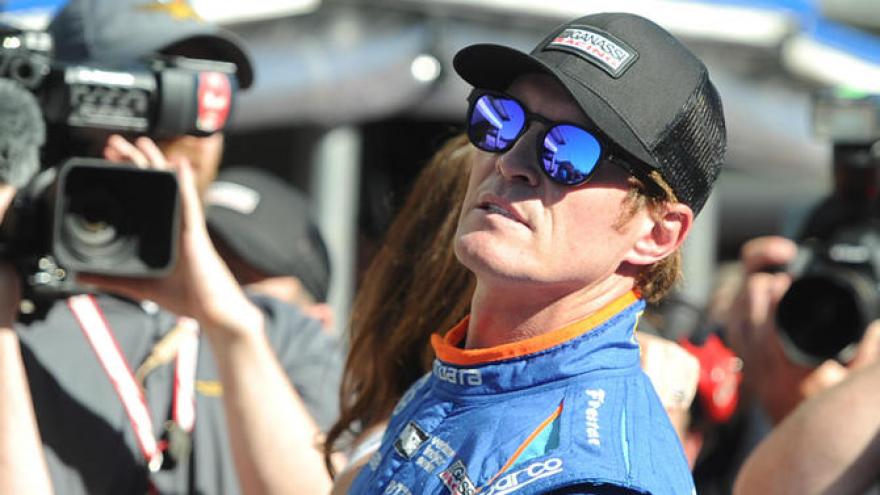 The three were sitting in the drive-thru of the restaurant when two young men approached their vehicle with guns drawn. Dixon's team, Chip Ganassi Racing, released a statement saying the two drivers and Dixon's wife are "completely fine."

"Thank you to everyone for all of your concerns about their well-being," the statement read. "However, we will allow the Speedway/Indianapolis police departments to handle the situation and while they conduct their investigation we will refrain from making any further comments to allow Scott to focus on the upcoming Indianapolis 500."

The two, ages 14 and 15, were arrested with the 15-year-old also being charged with resisting arrest, according to the report. They took credit cards in addition to personal identifications.

Dixon won the pole on Sunday by posting a four-lap average time of 232.164 mph. It is the third time he has earned pole position for IndyCar's biggest race of the year. The Indy500 is set for Sunday afternoon at 1 p.m. ET.