Indonesian plane goes missing with 54 people on board 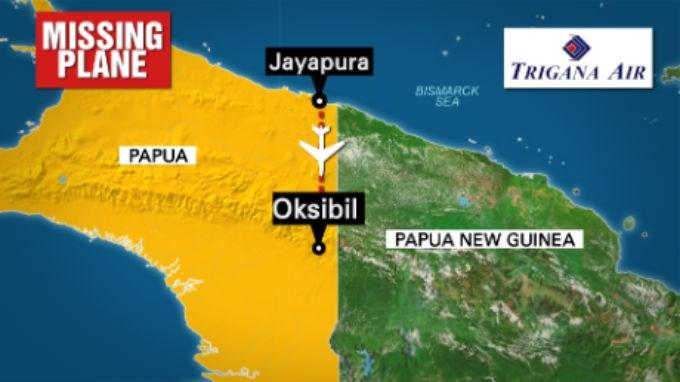 The Trigana Air Service flight left Sentani Airport in Jayapura at 2:22 p.m. and was scheduled to land in Oksibil at about 3:16 p.m., officials said.

Barata said there was no indication that a distress call was made from the plane.

Barata said officials have not yet confirmed whether the plane crashed.

\"A search was launched earlier today, but was called off because of bad weather, and it's also now dark there,\" he said.

Search and rescue official Ludi Yanto told CNN that efforts will include an air search and a ground search.

It's uncertain why the plane went missing. There are many possible reasons for the apparent lack of a distress call, CNN aviation analyst Mary Schiavo said. It could indicate that flight crew members were too busy dealing with whatever situation arose to have time to send one, or that they simply didn't realize they were in trouble.

Officials said the weather was clear when the plane took off in Jayapura, but CNN meteorologist Ivan Cabrera said there were some thunderstorms over a mountainous area in the flight path.

The weather could get worse in the coming days, possibly impeding search efforts in an area with mountain peaks as high as 3 kilometers (10,000 feet).

\"The terrain is going to be an issue as well, as we have some pretty steep slopes here,\" Cabrera said.

Even coordinating the search will be difficult, aviation safety analyst David Soucie said.

\"Because of the terrain, you have problems with radio frequencies, so the communications between the search teams themselves can be very troubling,\" Soucie said.

He said crews will likely be strategic in where they search.

\"You first start searching in those areas that are the most survivable,\" rather than spending lots of time in nonsurvivable areas, Soucie said. \"You'd be looking for a place that the aircraft may have tried to land, so that narrows it down quite a lot.\"

The Trigana Air Service plane is at least the third aircraft to go missing in Asia in the the past 18 months.

On March 8, 2014, Malaysia Airlines Flight 370 vanished from radar while en route from Kuala Lumpur, Malaysia, to Beijing. A chunk of the plane recently washed up on Reunion Island in the Indian Ocean, but authorities are still looking for the bulk of the plane. MH370 had 239 people on board.

And on December 28, 2014, AirAsia Flight QZ8501 disappeared while headed from Surabaya, Indonesia, to Singapore. That plane, which had 162 people on board, was later found in the Java Sea.

Trigana Air Service is one of a large number of airlines banned from operating in European airspace\"because they are found to be unsafe and/or they are not sufficiently overseen by their authorities,\" according to the European Commission.