Indonesia crash: Plane was carrying cash lifeline for the poor 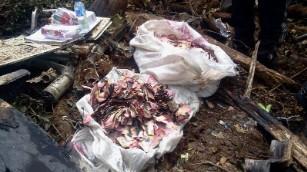 Jakarta, Indonesia (CNN)A passenger plane that crashed in a remote area of Indonesia this week was carrying nearly half a million dollars' worth of cash meant for impoverished families.

Officials from the Indonesian postal service were traveling with the money to distribute it to around 6,600 people in the mountainous region, said Andi Dulung, director-general of social support at the Indonesia Ministry of Social Affairs.The flight was carrying 6.5 billion rupiah (about $470,000), Dulung said. The cash was due to be handed out to poor families because of a lack of infrastructure in the region. There are no banks to transfer or withdraw money in some districts of Papua province.