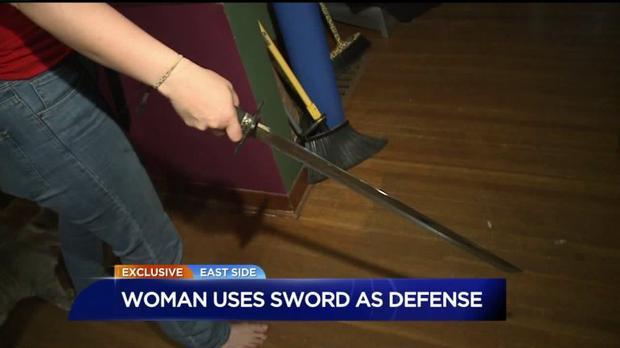 (CBS NEWS) A home intruder who told police he was hiding from someone got a surprise in the place he chose to lay low: a woman with a large Japanese sword who knew how to use it.

Karen Dolley, 43, told CBS affiliate WTTV in Indianapolis her medieval combat training kicked in when she stumbled across the stranger in the hallway of her home.

Using one hand on the blade to hold him at bay on the floor, Dolley said she dialed 911 with her free hand.

Officials said Wessel was high on an unknown substance when he broke in, and he apologized after giving himself up without a fight.

"If he would have behaved in a slightly different manner he would not have gotten out of here alive," said Wessel.