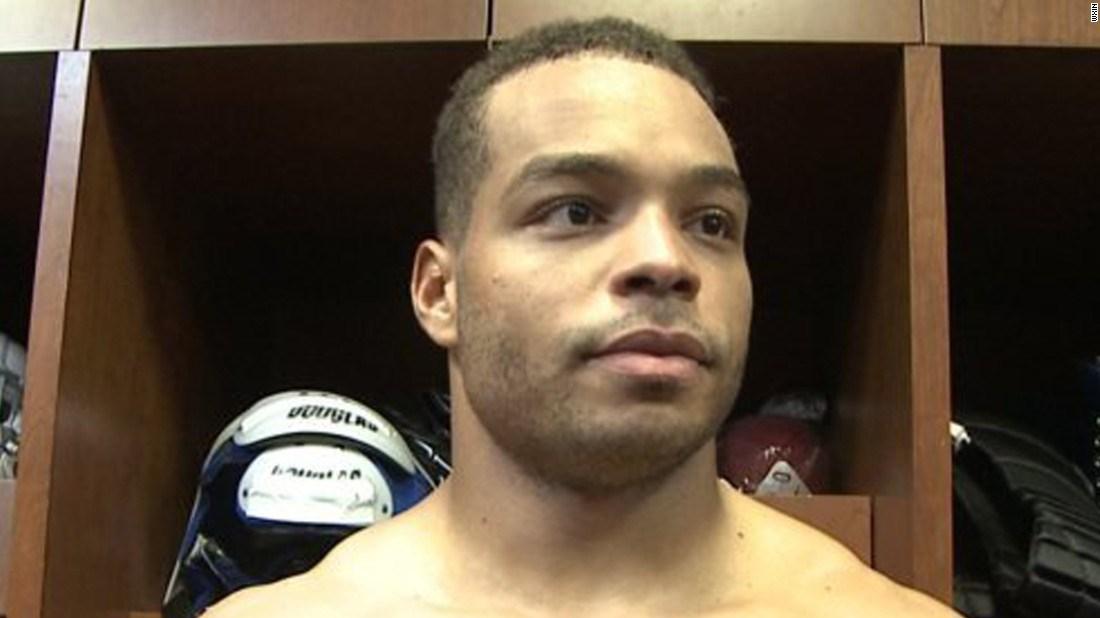 McNary, 26, has not yet been arrested, Peg McLeish said, but an arrest warrant was signed by a judge.

According to a probable cause affidavit, a 29-year-old woman reported to police on the morning of December 1 that she was raped hours earlier at the apartment of a man she met while out at a bar.

She said she told the man several times she didn't want to have sex and fought with him, scratching him on the face, neck, back and shoulder. The man forced her to have sex on his bed, she told police. She took the man's cell phone as she left the apartment.

A forensic nurse examined the woman and found injuries to her vagina and dried blood behind one ear.

The document indicates detectives used the cell phone to identify McNary the next day. He was cooperative, police indicated, and he asked for a lawyer after being advised of his rights.

A nurse found abrasions and scratches on his stomach, back, neck and shoulder, the document says. Investigators also found the woman's clothing and an earring in McNary's apartment.

The Colts said they were aware of media reports about the incident.

\"But unfortunately that's the limit of our knowledge,\" the Colts said in a written statement. \"At this time, we are very concerned and trying to find out what the relevant facts are, but we have insufficient information to venture any opinion. As we learn more, we will make appropriate updates.\"

The National Football League said the matter is \"under review.\"

Recently, the NFL revised its Personal Conduct Policy. It includes a minimum six-game suspension for crimes involving violent conduct, including domestic violence and sexual assault. The league reviewed its stance after widespread criticism of its handling of the Ray Rice case.

McNary is listed as a second-string inside linebacker for the Colts, who play the New England Patriots on Sunday in the AFC championship game. He has 28 tackles -- mostly on special teams -- in 15 games this season.

He played in the Colts game on November 30 and had one tackle on punt coverage.

The 6-foot, 251-pound player is in his second season. He played collegiate football at Army and served in the military from 2011 to 2013 before joining the Colts.