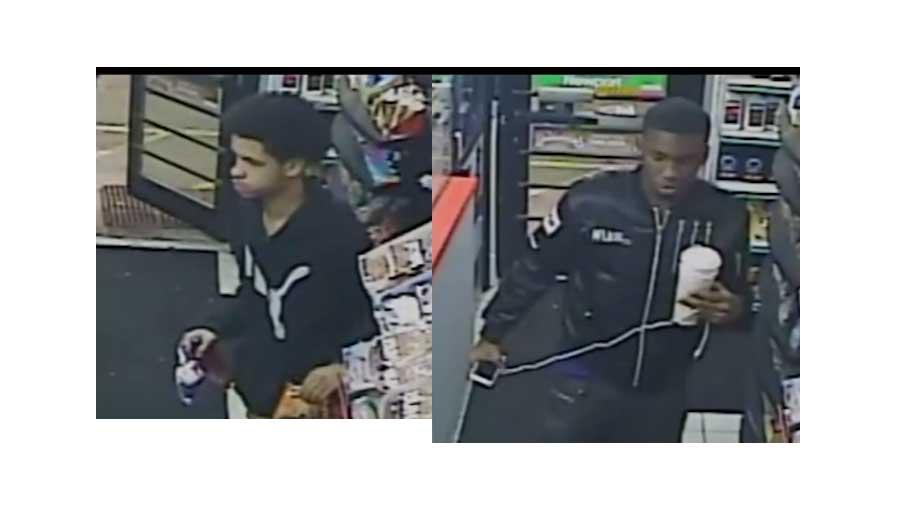 Milwaukee Police released photos of two suspects wanted in connection with a shooting that happened around 12:35 a.m. on Thursday in the 3000 block of N. 76th Street.

The suspects chased after the victim, a 22-year-old man, in their vehicle and then shot a gun that struck the victim. The victim was transported to a local hospital for treatment of a non-life threatening injuries.

Suspect #2 is described as a black male, with a medium complexion, and last seen wearing a long sleeved black coat with white patches, black pants, black tennis shoes, and earrings in both ears.